Go to English site
Home
ON SALE NOW
Get up to 50% off across PC/Mac, Mobile, Xbox and Nintendo Switch™ now.

Back to Features
Previous Previous Feature

Football Manager Touch returns to the Nintendo Switch for another season with Football Manager Touch 2022 completing the FM22 line-up. The streamlined alternative to the desktop experience, FM22 Touch packs the drama and excitement of managing your favourite team while allowing you to focus on the most important aspects of football management.

To give you a taste of what you can expect what you get your hands on the game, we’re taking a deep dive into the FM22 Touch features. 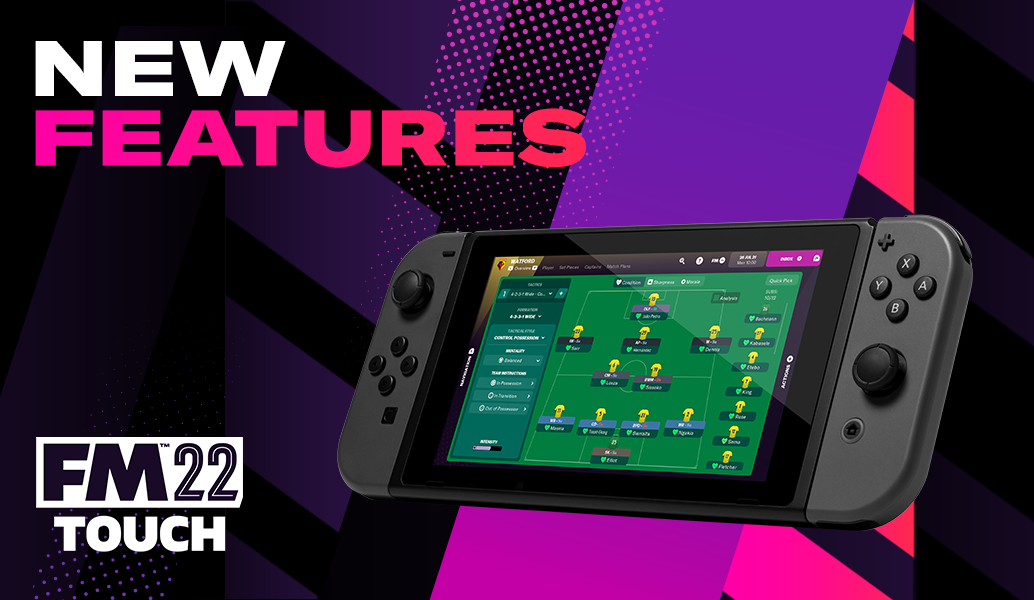 FM22 Touch boasts improved integration between the Joy-Con controllers and the game’s user interface to make working your way across the game even easier. We’ve revisited the UI across the whole game and made improvements to a number of areas that all add up a significantly improved experience, whether you’re playing in Handheld Mode or docked to the TV. You’ll most notice this when scrolling through screens that contain tables and lists with the new ability to multi-select rows of information. We’ve also added in some sound effects that play as you interact with the UI so keep an ear out for those while you’re playing.

A new addition in FM22 Touch, but something that will be familiar to fans of Football Manager Mobile, are News Effects. These are visual indicators that accompany certain news items to show how a player or group of players have been affected by your actions or events at your club. For instance, responding to a question from the media about a player who has been linked with a move away from your club could cause that player’s morale to improve or decline, depending on the answer you give. 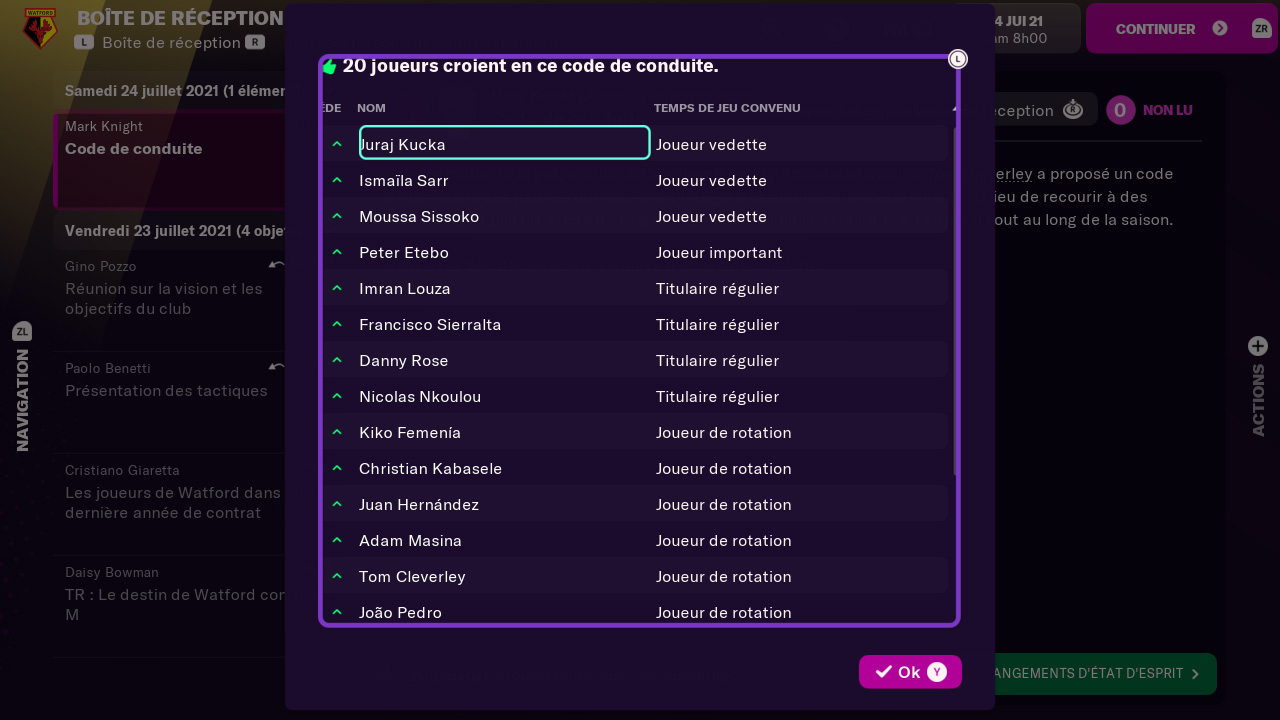 News Effects are displayed at the bottom of relevant news items with positive effects being displayed with a thumbs up and a thumbs down displaying if the player or group of players has been negatively affected. They’re a great way of getting clear feedback on how your players perceive your actions as manager.

The Data Hub, one of the headline additions to FM22, also features in FM22 Touch and is designed to bring your data analytics to life on Nintendo Switch. The Data Hub, as the name suggests, is the new home of all of your analytics and where you can gain insights and advice from your backroom team that can boost your chances of success on matchday. From data on your team’s overall performance to individual player analysis that can influence how you manage their development, there is more information that can shape how you get the best out of your squad.

You can also access new data visualisations such as Momentum graphs and Zone Maps that make it clearer where things went right or wrong for your team over the course of the 90 minutes. The Key Findings section within the Data Hub shows you five key points from your most recent match, giving you the ability to see where you may want to tweak your tactics ahead of your next fixture.

Speaking of fixtures, matchdays in FM22 Touch benefit from a whole host of improvements to the 3D match engine. A new animation engine – including the addition of root motion – ensures that player movements both on and off the ball are better replicated than ever before. 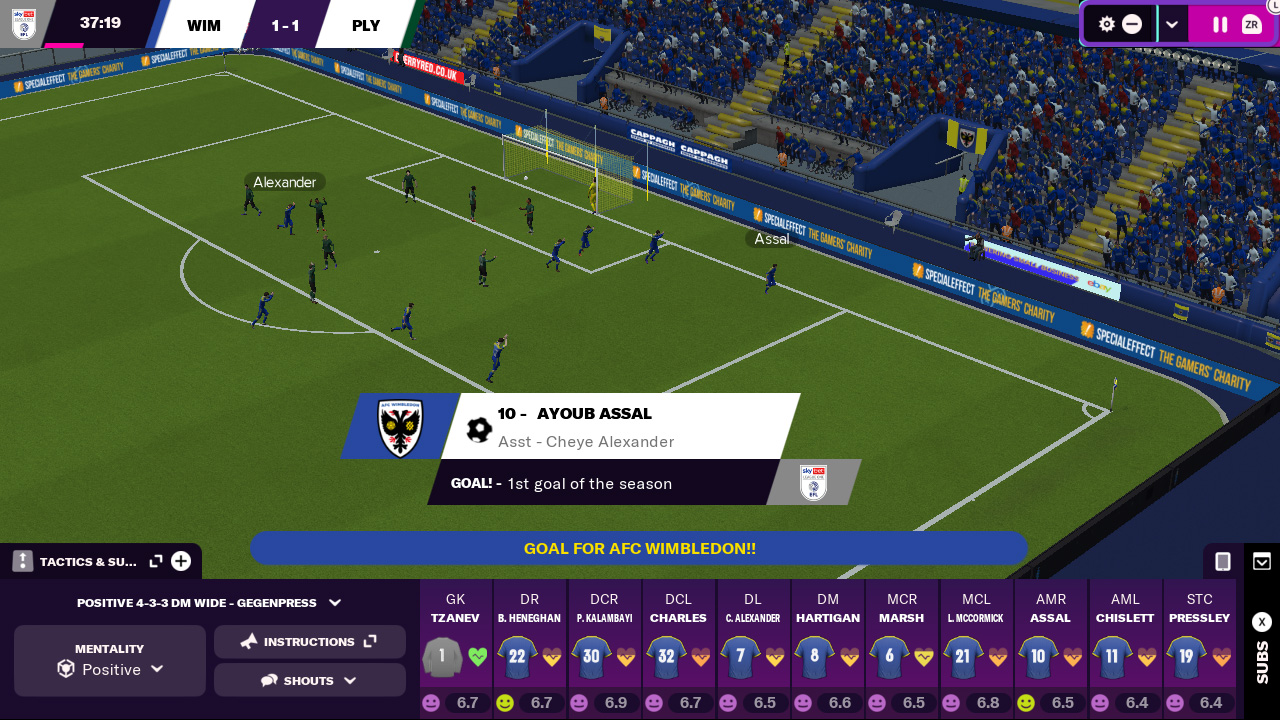 On the ball, players will now benefit from a wider range of animations – including Cruyff turns – that can help unlock opposition defences while returning managers will notice big improvements to the smoothness of player animations. Our AI has also reached new levels with enhancements to the pressing system as well as tweaks to pass accuracy and first touches that make the passage of play over a match feel more realistic than ever. We’ve also introduced a new player role, the Wide Centre-Back, which can be deployed in a back three defence to either overlap the midfield and turn defence into attack or hang back and deal with the threat of opposition wingers cutting inside.

Transfer Deadline Day has also been expanded in FM22 Touch to include more of the excitement, speculation and intrigue that surrounds one of the most dramatic days in the football calendar. You’ll be more informed of done deals as they happen as well as deals that are under negotiation and players that have just become available on the market for you to snatch from under a rival’s nose.

FM22 Touch’s brings combines an improved controller experience and more visual feedback on your players’ responses to your management with a wealth of core gameplay improvements to make this the most immersive entry in the series to date.

Where will you begin your football management journey?