Football Manager 2020 By the Numbers

We’ve been crunching the stats at Football Manager HQ to illustrate your collective FM20 journeys by the numbers - how many of you played the game, how many goals you scored, the number of trophies won and, sadly, how many of you got asked to attend that dreaded board meeting at some point over the last nine months. Let’s break down those numbers in more detail. 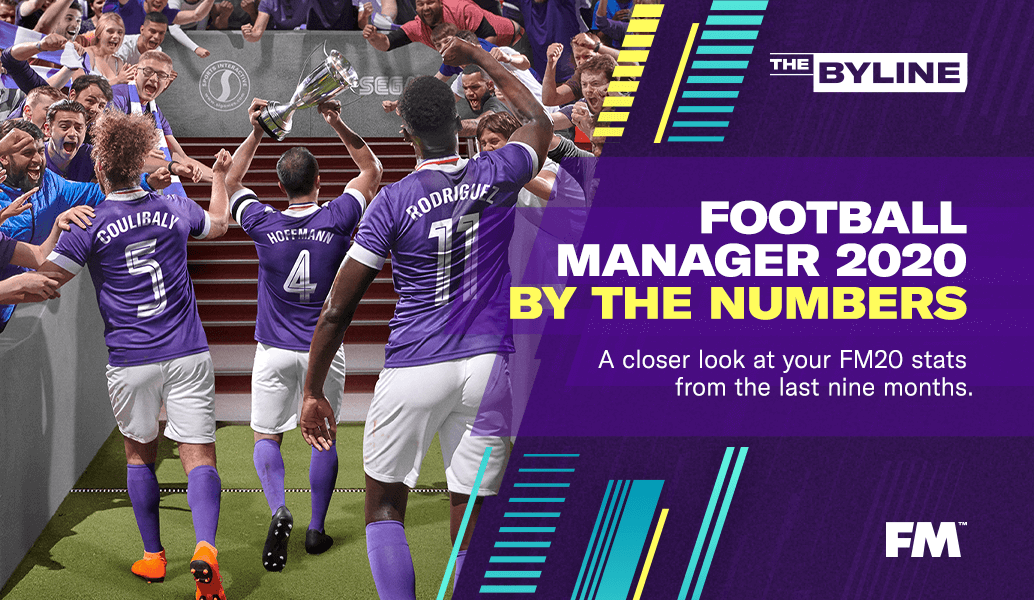 The last few months have been surreal and for many of us, a very tough time. As our studio director Miles Jacobson said just over a week ago, “throughout all of this, though, record numbers of players have chosen to spend their own lockdown with one or more of our games… which is something we’re very grateful for.” If our game has been able to help you through these challenging few months, we’re delighted.

Irrespective of when you started your FM20 journey, saves have been started around the world across almost every continent and all levels of football, from amateur teams to the game’s biggest stages. Each has had their ups and downs, with several unique stories to tell.

It’s not just us that struggled to grasp that number, is it?

Here's @BrittOfficials's sixth goal in three games for #Boro in the #FM20EFLCup, which takes the striker level with the top scorers in the competition ?⚽️ #UTB pic.twitter.com/MGsnoaPVsH

However they go in, they all count, and, as we all know, some will always be more important than others.

If you were one of the managers to get their marching orders, it’s ok. We’re all friends here and we’ve all been there before. Well, most of us have. Even if it was you, we can’t tell who’s who in our data, so you’ve got away with it.

If it was you though, our advice is simple – learn from your mistakes and become a better manager for your next club. We go again.

That’s the same as going from London to New Zealand and back approximately 14.7 million times. Or 15.7 million flights around the world. Or 4.9 million return to trips to the Moon.

You could, in the same amount of the time, watch the entirety of the recently finished Sky Bet Championship season 852,947 times and have enough time to fit in all the best goals and some last-day drama as well. Why wouldn’t you?

Basically, you played a lot of football in FM20 and to be honest, we’re here for it.

Great shift. To those of you who created dynasties at your club of choice, we applaud you. To the more impatient players among you, who struggled to get settled or needed to hit the restart button after getting the sack, we assure you that there are challenges out there for every player.

If you need some inspiration, we’ve got a few ideas.

Can you hear the groans? Yep, we’re going to need a bigger trophy cabinet.

Some of you will have come in, won the start of season showpiece and perhaps enjoyed a strong first season before deciding that you need a different challenge to get you out of bed in the mornings (or evenings, we’re not here to judge). On the other hand, there will have been those of you who’ve taken a lower-league club to the top of the footballing pyramid, achieving world domination and bagging four or five trophies a season. We respect the hustle, however you play the game.

FM20 has been played in more than 190 countries

This stat is a testament to the accessibility of FM20 and our reach across the globe as the most in-depth sports simulation on the market. Our game appeals to people across the world because we have so much real team and player data. None of that would be possible without our team of hardy researchers, some of whom we interviewed earlier this year for The Byline, the unsung heroes of the game with their eyes and ears in stadiums across the world.

Formations and playing styles, much like fashions, are all thought to have their time in the spotlight. One club goes with a different approach to the norm, they achieve tremendous results and then everyone tries to copy them – as they say, the sincerest form of flattery is imitation. However, in the modern age, these tactical vogues are thought to have a shorter expiry date, as the greater influence of video analysis in the sport means weaknesses are spotted earlier and everyone adapts accordingly.

That said, you lot continue to love a style popularised by a certain charismatic German and judging by the results he’s been getting, we don’t blame you. 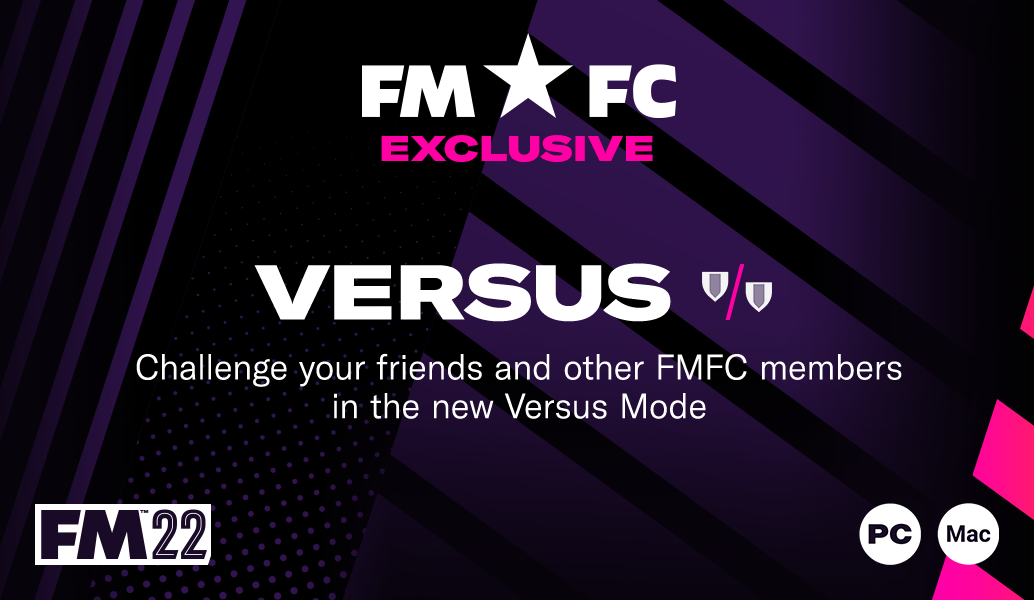 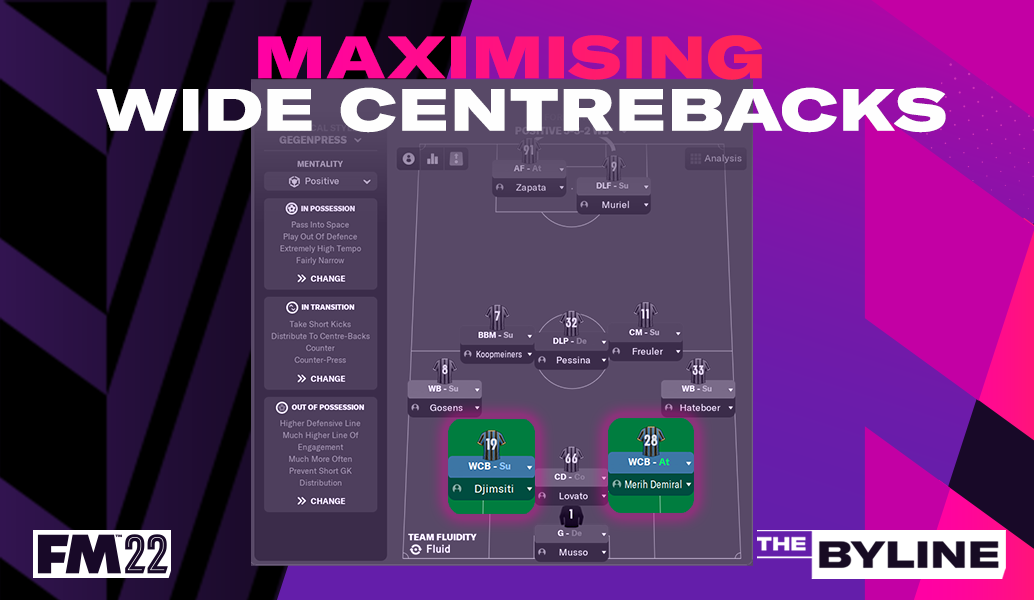 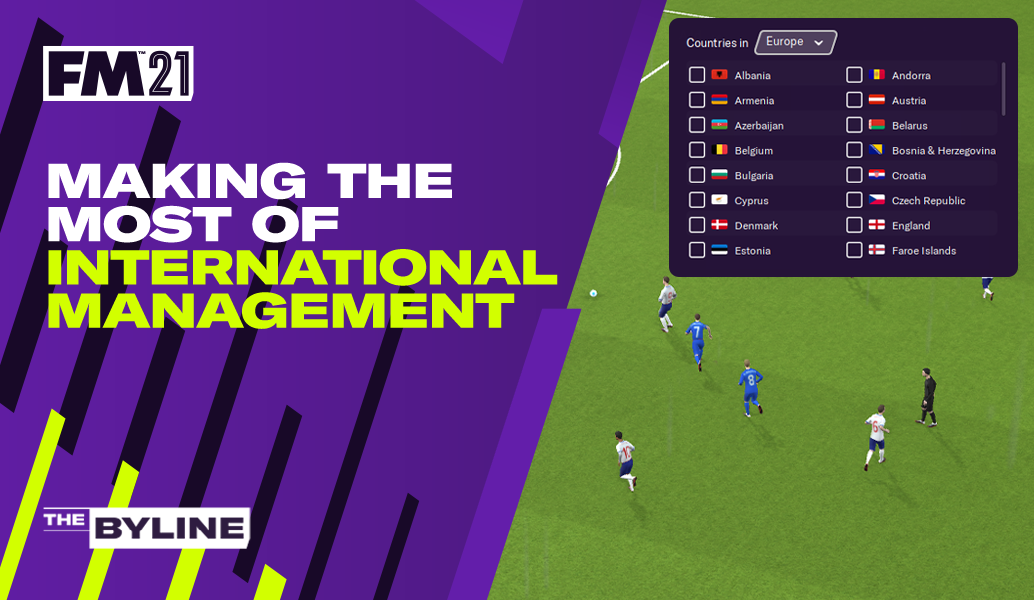