If you’re missing the thrill of seeing your team in action on the pitch, then we might just have the next best thing.

We’ve partnered with Mind and the EFL to bring you the EFL Football Manager Cup – an FM tournament that will take place over the next month. 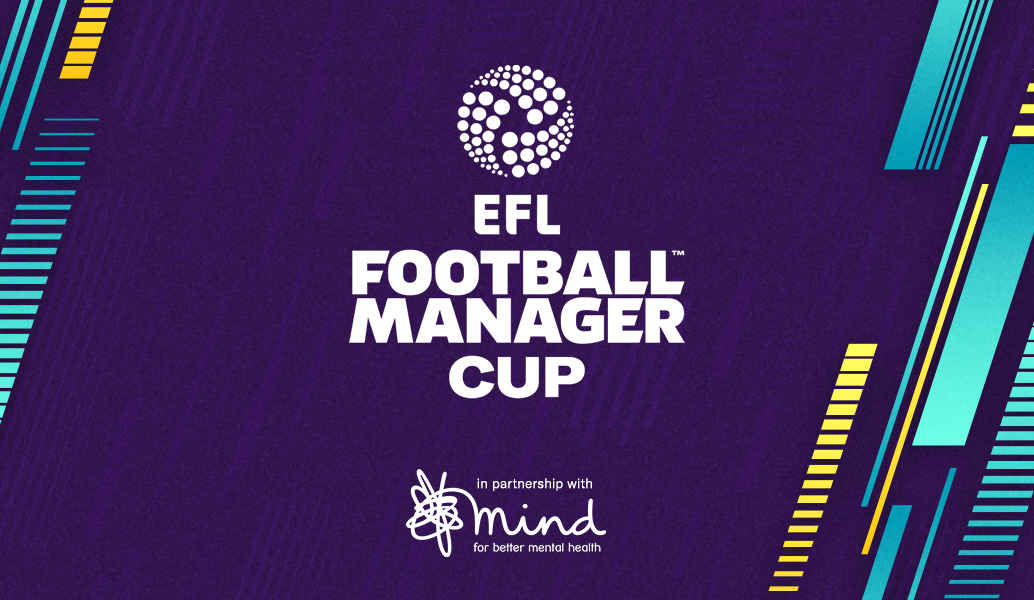 54 clubs from across the EFL, each represented by a virtual manager, will face off in a straight knockout competition with the final two teams left standing facing off in the showpiece final in mid-May.

Here's how Round One looks... 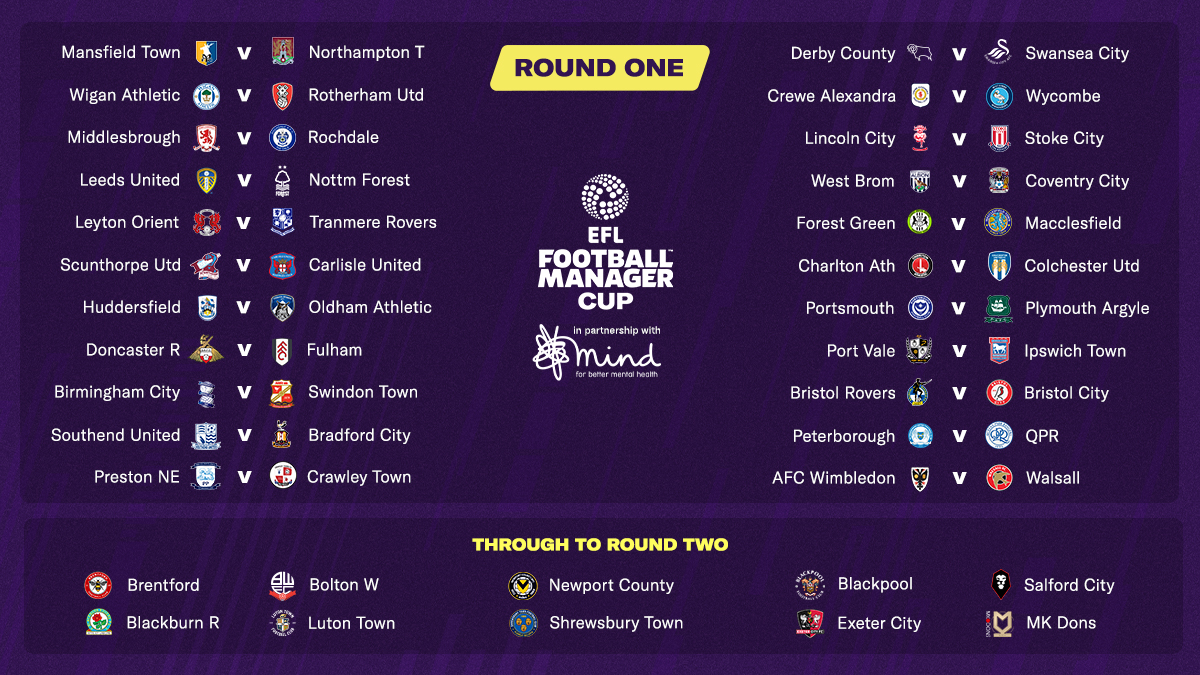 As well as supporting your team during the tournament, you can also show your support for the EFL’s charity partner, Mind, the mental health charity. In these tough times their services are needed more than ever so while you’re being entertained by the action, please consider donating on this JustGiving page which will be open during the tournament.

THE TEAMS AND THEIR MANAGERS

54 teams across the EFL’s three divisions compete in a knockout tournament with the aim to crown one club as the EFL Football Manager Cup winner.

Due to there being 54 teams taking part, 10 teams have been given a bye into round two. This was determined by random during the first round draw and has been implemented to ensure 32 teams take part in round two.

• Matches to be played on FM20 Touch Versus mode, teams must play as themselves.
• This is a straight knockout tournament, with all ties comprising one game. Each tie will go to Extra Time and Penalties, if necessary, to produce a winner.
• The ‘Home’ team of each tie will host the match
• Suspensions/Injuries won't carry over to the next round