We're looking to expand our Football Manager English Research team - do you fancy yourself as a scout? 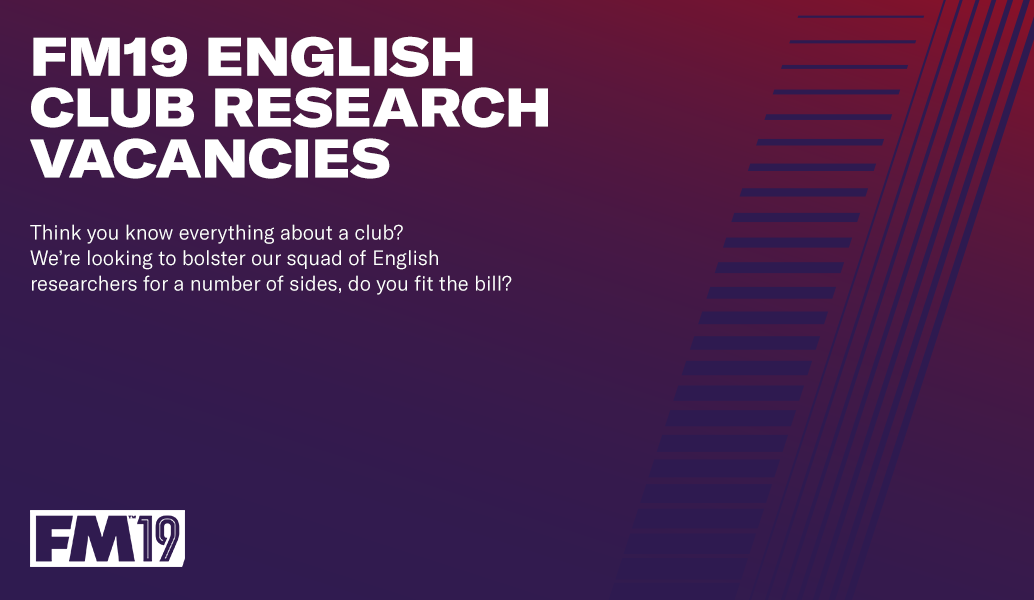 We have a number of exciting English research vacancies, across a variety of top division and Football League clubs:

We also have several National League vacancies available including:

If you're a fan of the Northern Premier League, Southern League or Isthmian League, we welcome all applications! If you tick the boxes for any of the above clubs then please visit the research thread on our forum for details about getting involved.

If you're based in a country outside of the UK and would like to help scout your club or league, please follow the instructions on the above link and we'll put you in touch with the relevant Head Researcher for your nation.