There's arguably no position more important in football than central midfield. It's extremely tough to win matches without controlling the middle of the pitch; therefore, it's imperative that your midfielders perform the correct duties to suit your tactic and dominate the opposition.

A common way to do that is with the 'double pivot', a term used to describe two central players who sit at the base of the midfield to offer protection for the defence. Choosing the right roles to use in your double pivot will depend on what you want them to achieve, but there are several ways to use them successfully. On The Break FM explains how to get the most from a double pivot in FM22. 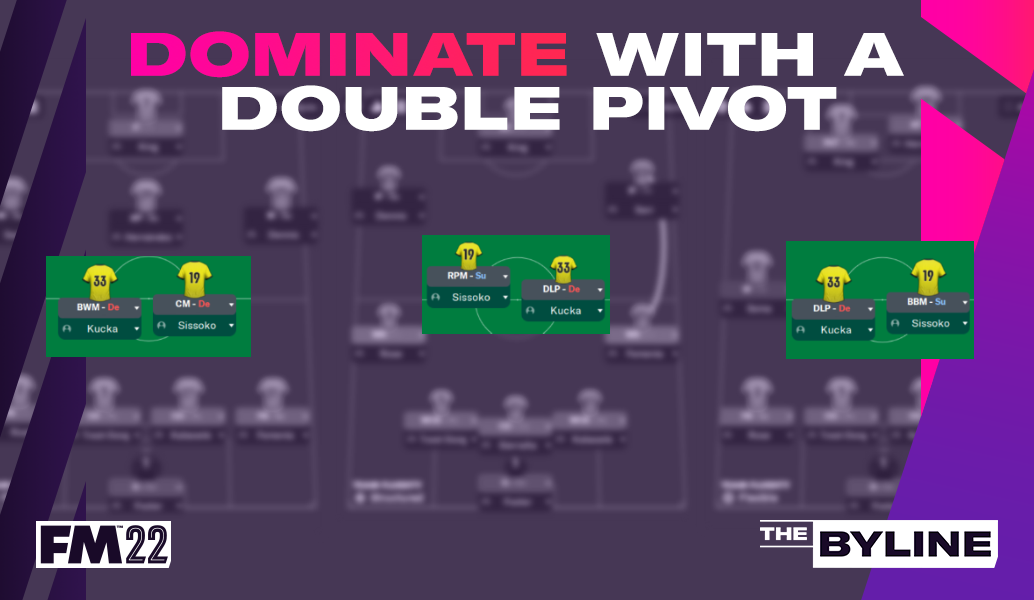 The 4-2-3-1 is one of the most frequently used shapes in modern football and is perfect for making the most of a hard-working double-pivot. This setup allows the more attacking players (the number 10 in particular) to focus on making match-winning contributions with their creativity while worrying less about their defensive responsibility. It also provides security to the full-backs, who can join the attack knowing they have additional cover dropping in behind them. 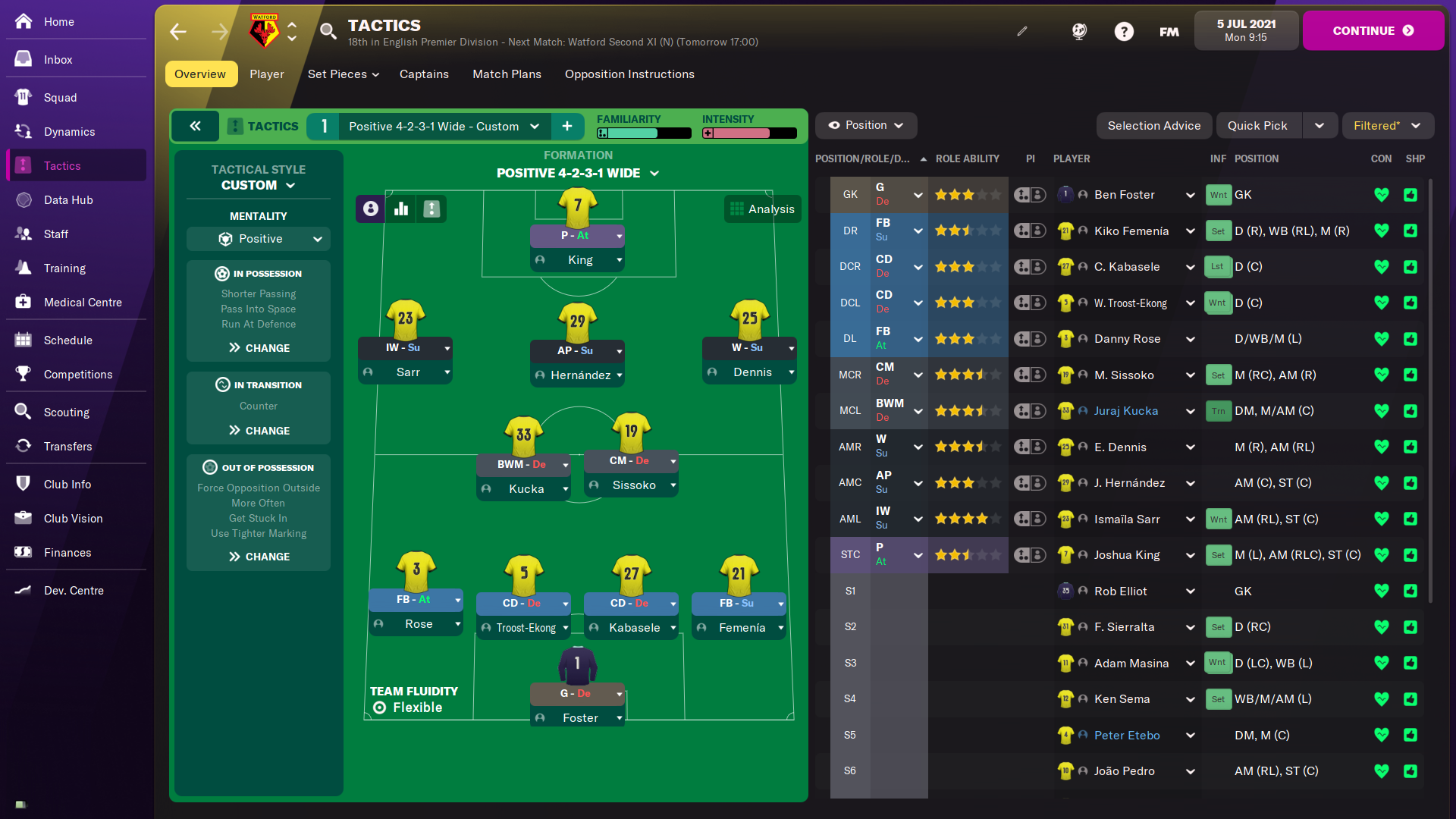 In the above example, a Ball-Winning Midfielder is partnered with a Central Midfielder, both on Defend duty. The natures of these rules should ensure a good level of pressing from the duo while also maintaining our positioning. In this system, the double-pivot is there to break up opposition attacks before laying the ball off to the more creative teammates. This double-pivot pairing should also work well in a 5-2-3 or a 4-4-2 where the full-backs instinctively look to bomb on and overlap their wingers.

One benefit of using a double pivot is the ability of the players to work in tandem, with one joining up with the attacks while one covers defensively. A great option to perform this task is the Box-to-Box Midfielder; their runs from deep when in possession can break the lines of the opposition while also offering a goalscoring threat. However, they also work hard to ensure that they get back into position quickly to maintain the solidity of the double pivot. 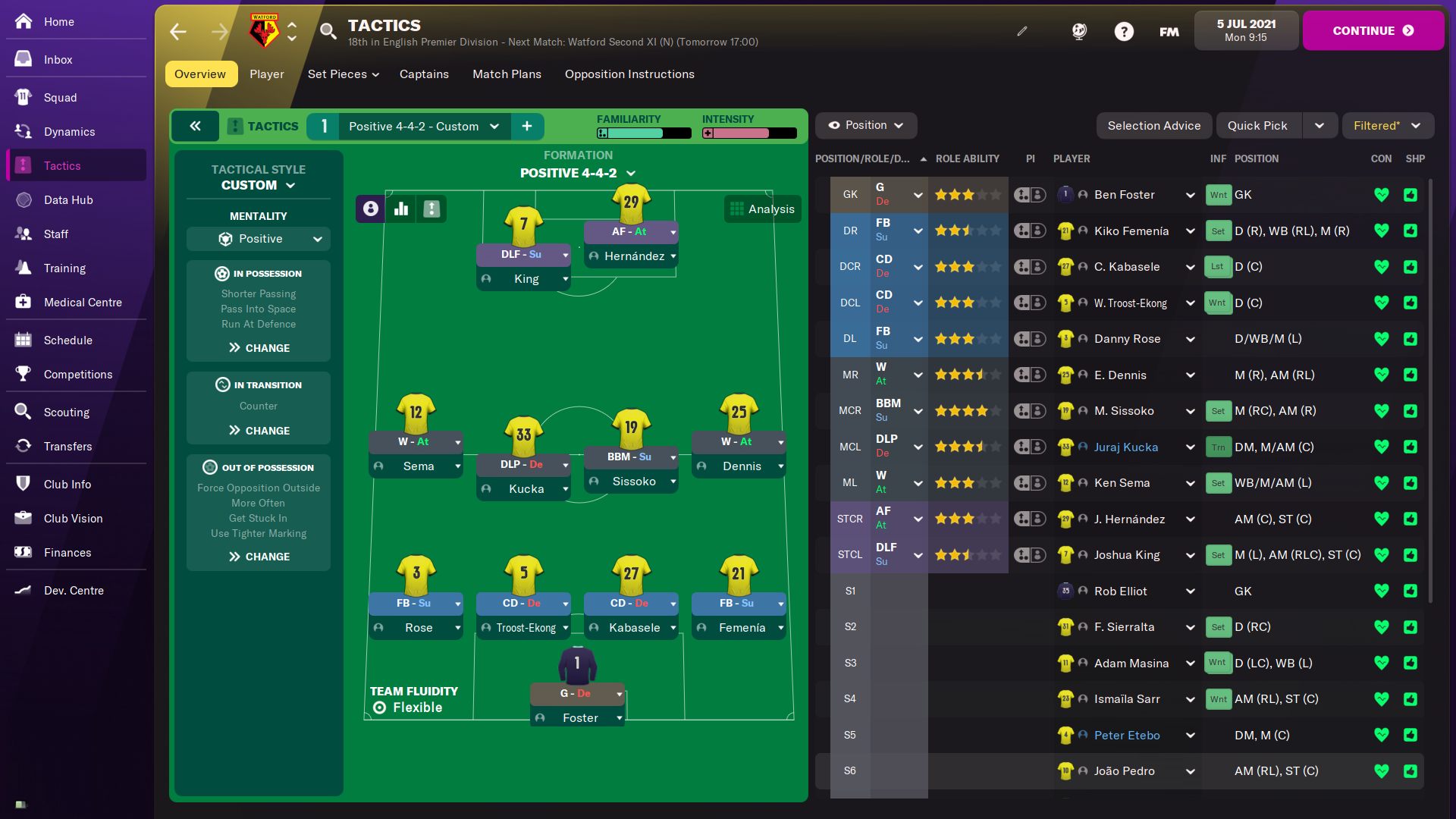 By pairing the Box-to-Box Midfielder with a Deep-Lying Playmaker on Defend duty, we have the combination of a runner and cover that we require. When in possession in the 4-4-2, the Deep-Lying Playmaker will hold their position and play the ball out to the wingers or use the passing angles to find their midfield partner, who in turn will aim to link up with the strikers. Out of possession, the Box-to-Box Midfielder will track back, returning to their position alongside the DLP, while the wingers will also retreat to create two lines of four in the defensive block. Using a runner as part of the midfield pivot works well in most formations, providing they have the engine to get up and down effectively.

Using creative midfielders in the double pivot can be a significant advantage for sides that like to dominate possession. It's crucial to strike the right balance but, when done well, it can provide the perfect blend of defensive stability and attacking prowess in a number of different formations. 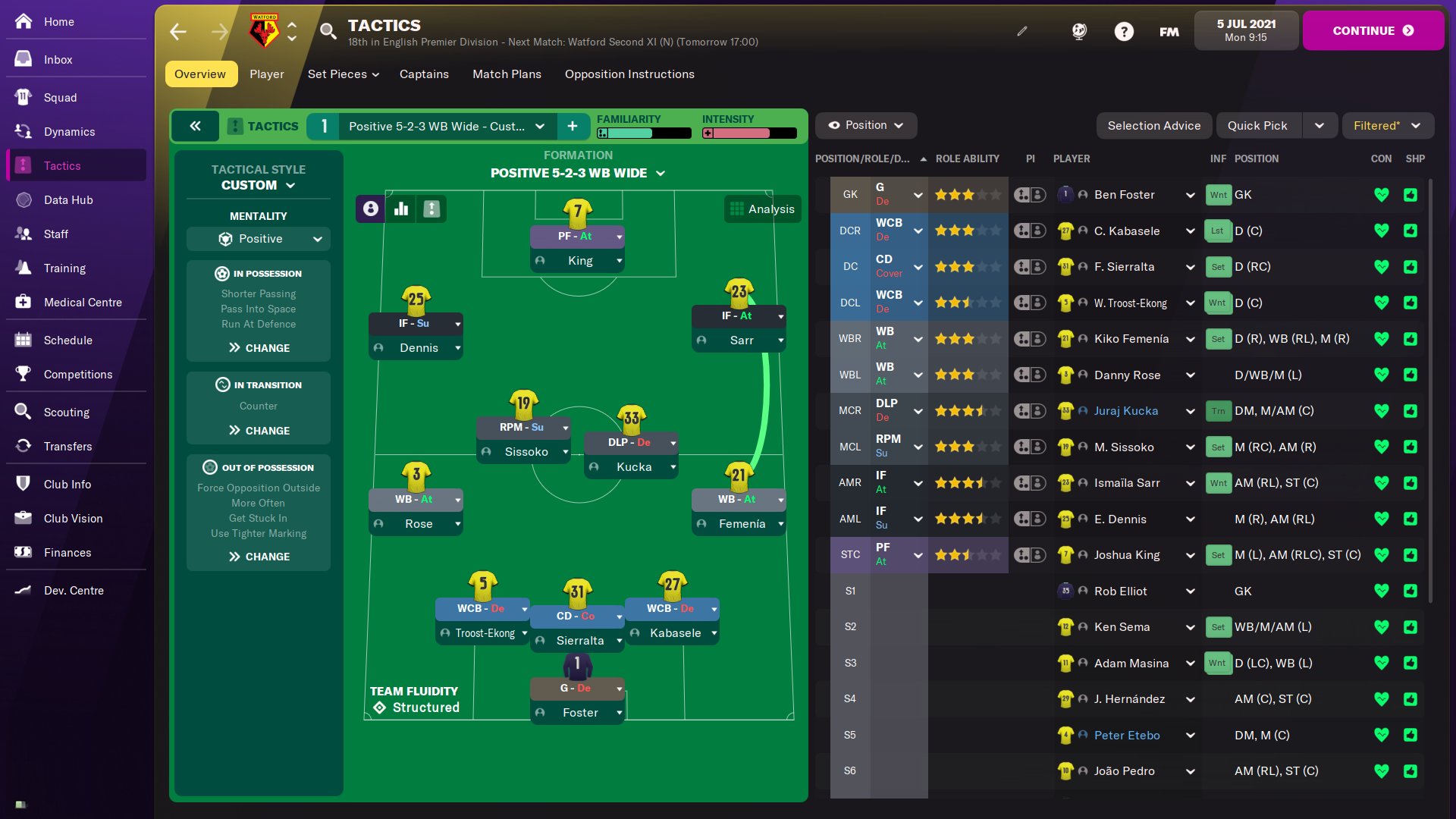 In shapes that use a back three, such as the 5-2-3 above, the deep runners come in the form of the Wing-Backs. The creative midfielders concentrate on playing balls out wide to them or forward to the front three. Going with two Playmakers is sometimes considered a rogue move but in this instance it works.

The Deep-Lying Playmaker on Defend will be the static element of the pivot, staying deep to protect the back three while supplying those further ahead. The Roaming Playmaker, meanwhile, will look to join the attack, dropping into the space behind the front three to create chances or get the ball out wide. This choice of double pivot is also popular with sides that look to change the shape of their midfield in transition. By lining up in a 4-2-3-1, the midfield has the same solid base that we talked about in the first section; however, by using the Roaming Playmaker as part of the pivot, the 4-2-3-1 becomes a 4-1-4-1 in possession, meaning more players commit forward and there’s a better chance of creating overloads.

It’s worth bearing in mind that some of the examples here will be perfect in different scenarios. Opting for two creative types will probably be preferable when you’re trying to build a lead or chasing a goal, while introducing a solid base should be a go-to move when you’re trying to see a game out and preserve a lead.

There are, of course, many more combinations that can make for a successful double pivot. Experimenting and finding what works for your side can be tough, but ultimately very rewarding when it comes off. There's no right or wrong, so have fun trying different combinations until you find something that clicks.