The Final Winter Update for Football Manager 2022 is now available for PC/Mac, Xbox, and Nintendo Switch™. This update includes activity from those transfer windows which closed during February, along with database updates and a few further gameplay fixes. There are also a number of gameplay adjustments designed specifically to address the upheaval caused by Russia’s invasion of Ukraine on February 24th.

Studio Director Miles Jacobson delivered a detailed explanation of the changes we’ve made and the rationale behind them in a recent blog.

The update will follow at a later date for FM22 Mobile (iOS/Android). 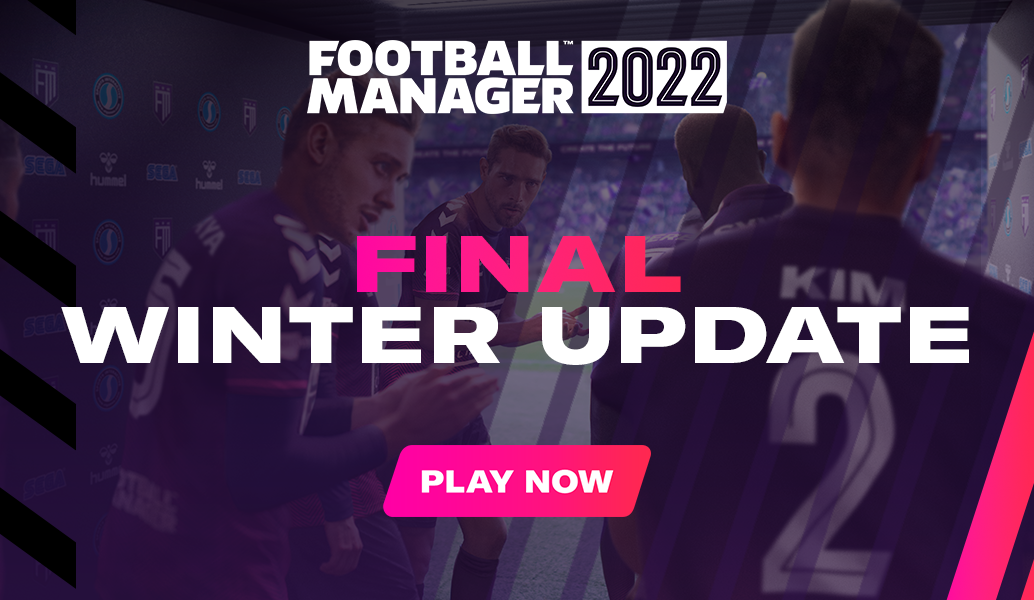 The update also contains fixes and improvements across multiple game areas. All gameplay adjustments will take effect in ongoing careers, while data and rule changes will not be implemented until a new career is started.

Changes in the 22.4 update include (but are not limited to):

-    Competition updates, including 2022 promotion/relegation updates for numerous leagues outside of the standard European calendar
-    Stability and crash fixes
-    Network connectivity improvements for online modes
-    A fix which allows users to change their manager profile picture
-    Tweaks for AI loan offers, reducing the likelihood of offers with no financial contributions
-    Multiple gameplay changes to reflect the current geopolitical situation.

A more detailed changelist is available on our community forums.

These updates should download automatically. If yours does not, quit and relaunch Steam or the Epic Games Store to prompt it to do so. If you’re playing via the Windows Store or Game Pass, you may need to manually search for the update – more information is available here.