The Main Winter Update for FM22 (PC/Mac) is available now, with this initial refresh including updated squads following the conclusion of the January Transfer Window. 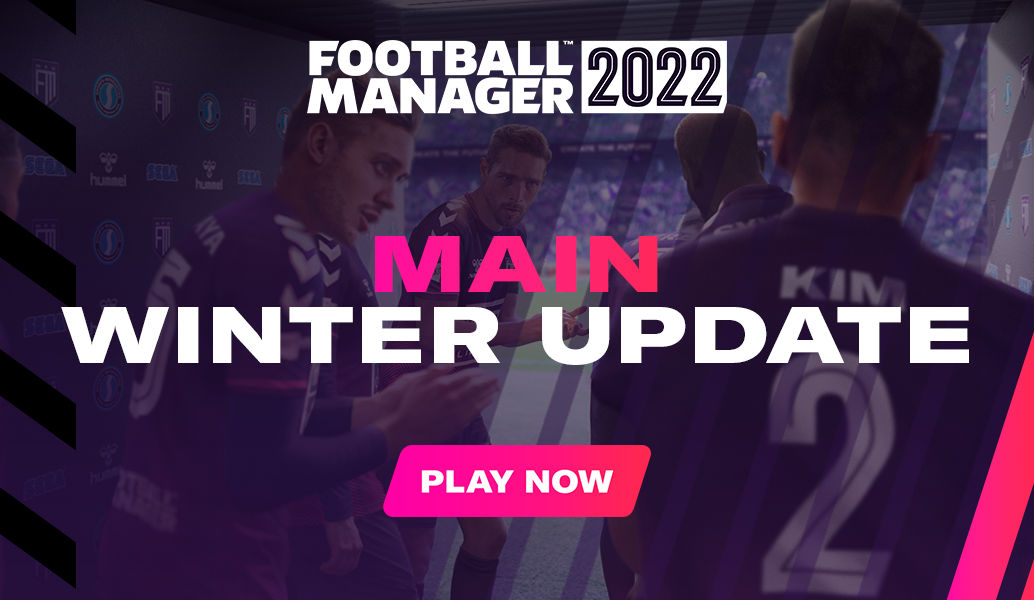 More than 4.4m database changes are incorporated within the Main Winter Update, including changes to player data based on their performances in the first half of the season.

Even more excitingly, the Main Winter Update brings with it the return of Versus mode for PC/Mac gamers. You’ll need to be an FMFC member to access Versus - log in via the FM22 start screen to get started and compete against your friends. More information on Versus mode’s return and how to get the most from it is available on The Byline.

This update also contains fixes and improvements across multiple areas of the game. All gameplay adjustments will take effect in current careers, although you will need to begin a new save to take advantage of the data updates.

Changes in the 22.3 update included (but are not limited to):

-    Tweaks to inside wingers/forwards and how often the cut inside with the ball when attacking
-    A number of stability and crash fixes
-    Format structure and rule changes for nations including, but not limited to Argentina, Belgium, Brazil, Croatia, England, Norway, Russia, Switzerland, USA and Wales
-    Added ‘Last Match Analysis’ to be viewable after one match is played, rather than having to wait for three matches
-    Added an option to remove 3D eyebrows when using photofit face so that you can have just the eyebrows from the photo
-    Fixed freeze when adding teams to club continental competitions
-    Tweaks to how Dynamic Youth ratings work, including some rebalancing and allowances for smaller nations to receive boosts within realistic parameters

A more detailed changelist is available on our community forums.

Most updates of this nature should download automatically but if yours doesn’t, just quit and relaunch Steam or the Epic Games Store to prompt it to do so. If you’re playing via the Windows Store or Game Pass, you may need to manually search for the update – more information is available here.

The Final Winter Update follows in a few weeks, covering data from windows that closed in February, including MLS and China.