Challenge for the European football’s top prizes this year with UEFA’s Club Competitions all fully licensed in Football Manager 2023. 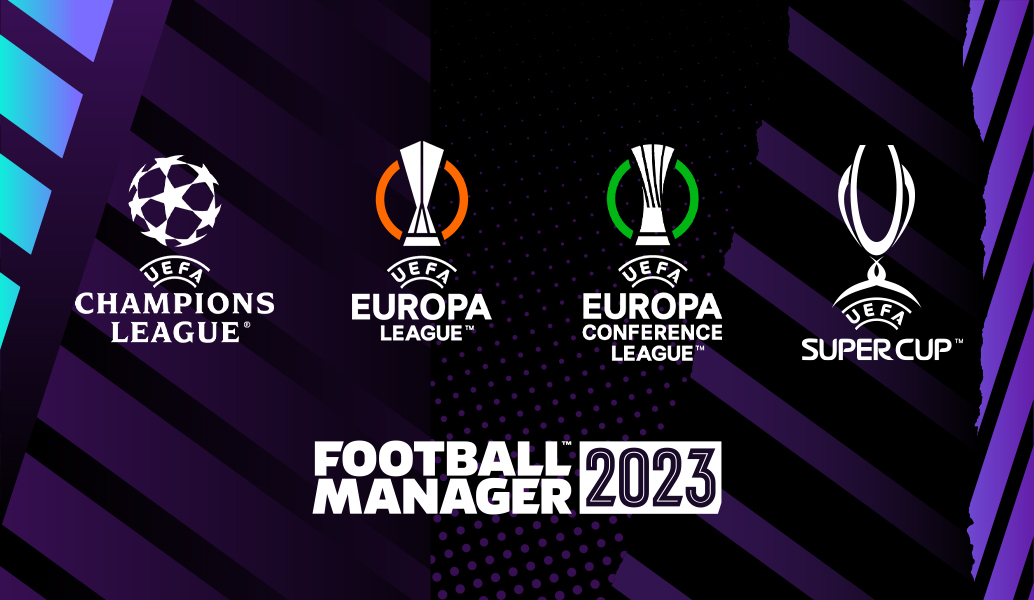 You’ll feel a greater sense of occasion in UEFA Club Competition matchdays with official branding across a number of pre, post and matchday screens. Whether you're taking part in the UEFA Champions League, UEFA Europa League, UEFA Europa Conference League or UEFA Super Cup, you'll step into the most realistic match experience yet in FM23 across all platforms.

Further information on how our new UEFA Club Competition licence will enhance your gameplay experience and a full list of the licensors that we’re working with for FM23 will be revealed soon.