We were delighted earlier this year to conclude a deal with UEFA to be able licence the UEFA Club Competitions for the first time in Football Manager history for FM23. 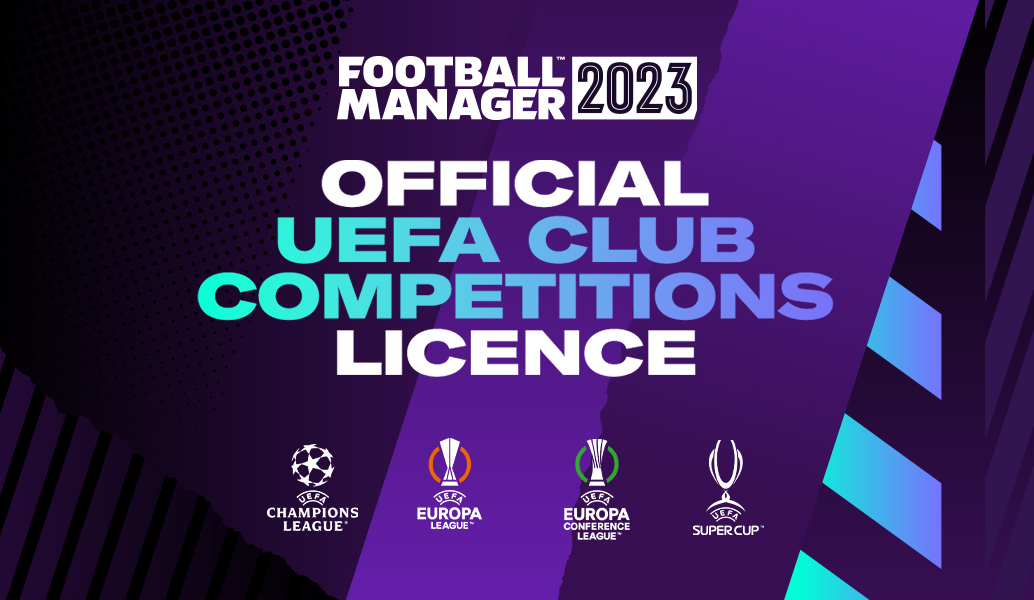 Given the importance of those big Tuesday, Wednesday, and Thursday nights to the football calendar, we saw this as more than just a standard licence.

Getting your European club to the biggest tournaments possible should be something memorable that makes you, as manager, feel special. As we talk about a lot at the studio, success should be celebrated.

When approaching all of the upgrades, enhancements and functionality relating to UEFA Club Competition licensed assets, our team aimed to recreate the UEFA Club Competition look and feel. They wanted to capture the excitement generated by those big competitions and celebrate the stories of underdogs, sleeping giants and the best of the best.

With FM22 we worked closely with the Bundesliga to ensure that the in-game matchday experience was as authentic as possible - we’ve been lucky to be able to work with UEFA closely in this area for FM23.

Pre-match lineups and scoreboards look as they would on TV, whether you’re playing in the UEFA Champions League, UEFA Europa League, UEFA Europa Conference League or UEFA Super Cup. Likewise, our lower-third graphics for goals, cards and substitutions have all been updated to incorporate the relevant UEFA Club Competition branding.

In matches themselves, you’ll notice a few other additions to immerse you in the heart of the action. UEFA Club Competitions will feature distinct walkout cutscenes (and music) before the opening whistle as well as a bespoke camera angle to make that possible. The attention to detail to try and make the games as special as possible even goes as far as having the branded official match balls for the competitions.

Come the business end of the season and those big finals, every moment will be made to matter. Every tournament will have bespoke podiums for the trophy presentations, while the authentic trophies have been lovingly recreated. Like you, we can’t wait for our captain to get their hands on the biggest prizes available in European club football.

Additionally, interview and Press Conference backgrounds have been updated for UEFA Club Competitions to reflect their array of partners. 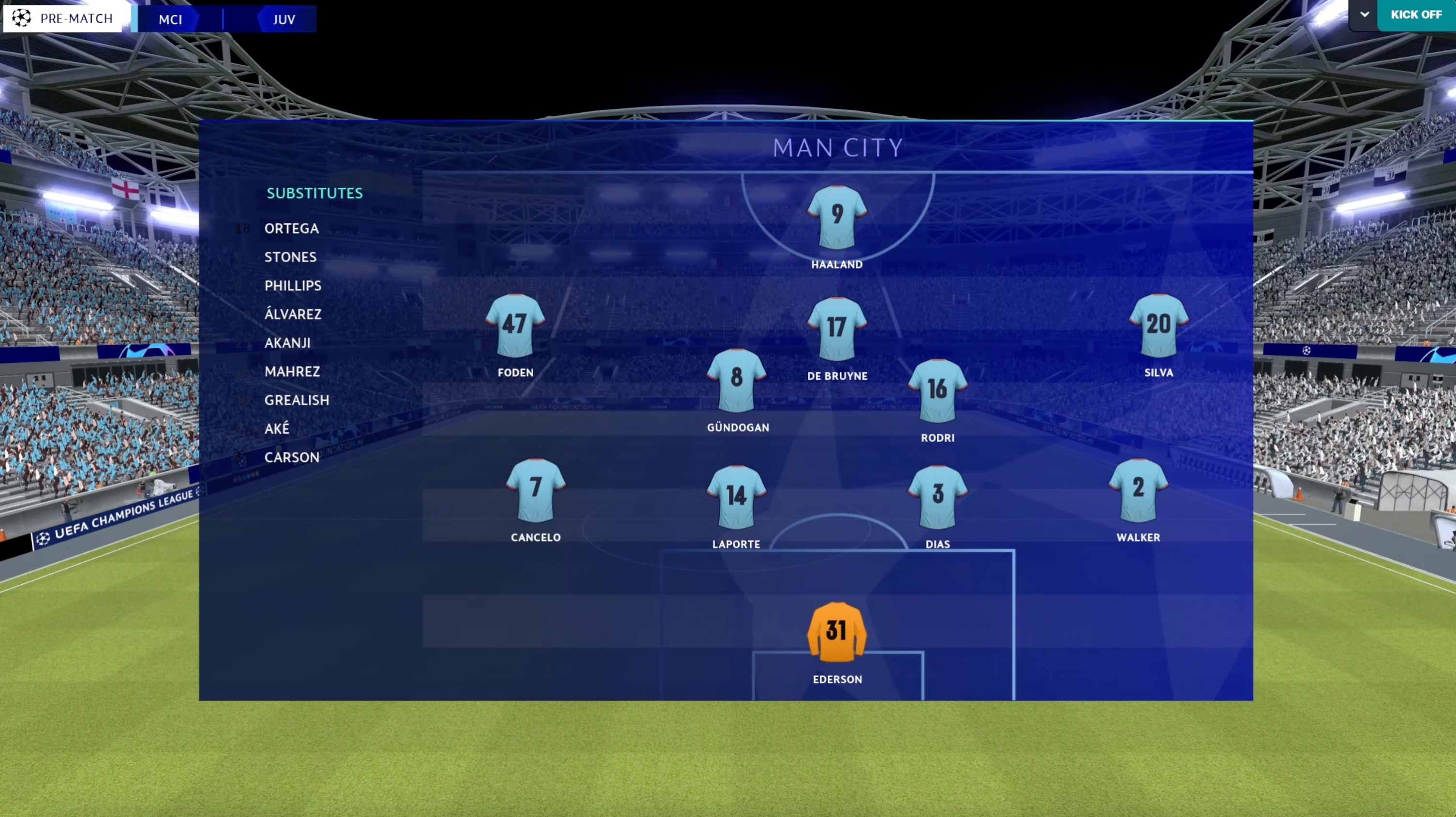 Another new feature for FM23 added in conjunction with the UEFA Club Competition licence is a complete revamp of Cup Draws to make them a life-like, immersive full-screen experience.

Before the draw begins, you’ll receive inbox items featuring the results of fan polls about who your supporters would like to see you matched up with. Every fan base will vary – some will want to see you take on your biggest rivals and some will just want the smoothest route to potential glory.

When you click the button in the Inbox item to ‘Start Draw’, you’ll be taken to a screen featuring the logo of the relevant competition and a Live Reaction social feed at the bottom that includes historical info on teams in the tournament and fan commentary.

At this stage, there’s an option to view the teams in the draw with you through a ‘View All Teams’ button in the top right. Clicking this button opens out a pop up, providing you with a much clearer visual representation of the teams involved and the pots they’re in than in previous editions. This will give you a moment to step back and assess the landscape – who are the favourable ties and who do you want to avoid?

To give the Draws themselves the feel of being like the real-life ceremonies, they’ll now have an official host. During the draws, there are two main screens: Live Draw and Overview. Viewing the Live Draw will allow you to watch the draw unfold in real time, with the host providing clarity on who can’t be drawn in a certain group (two teams from the same nation, for example). The Overview tab, meanwhile, will show the current state of play across the groups and the teams that are left to be drawn. There is a similar format for all the draws, whether you’re looking ahead to the Group Stage or gearing up for the Quarter-Finals.

You’ll also be able to view matchup previews during the draw, popout screens that showcase Head-to-Head records between two teams, their previous best in the tournament and their current domestic league position.

We know that some of you will want to watch the full draw and really soak up the atmosphere but you can also move things along at your own speed with various options available that will allow you to move to the next team instantly, or even skip parts of the draw entirely and just go straight to your own team’s draw.

Looking to the future, extensive work has been done to reflect the format changes that are coming to the UEFA Club Competitions from the 2024/25 season. Cup Draws will change to reflect this, while your news items at this time will give you more context of how the new league-style format will work and the coefficients of your opponents.

The addition of the UEFA Club Competitions licence and all of the associated changes to your Matchday and Cup Draw experiences make chasing European football’s biggest prizes even more exciting in FM23.

Whether you’re looking for immediate UEFA Champions League glory or aiming to kick-off your path to the top of the game with success in the UEFA Europa Conference League, the excitement starts here.