The latest Football Manager news and updates from Sports Interactive. 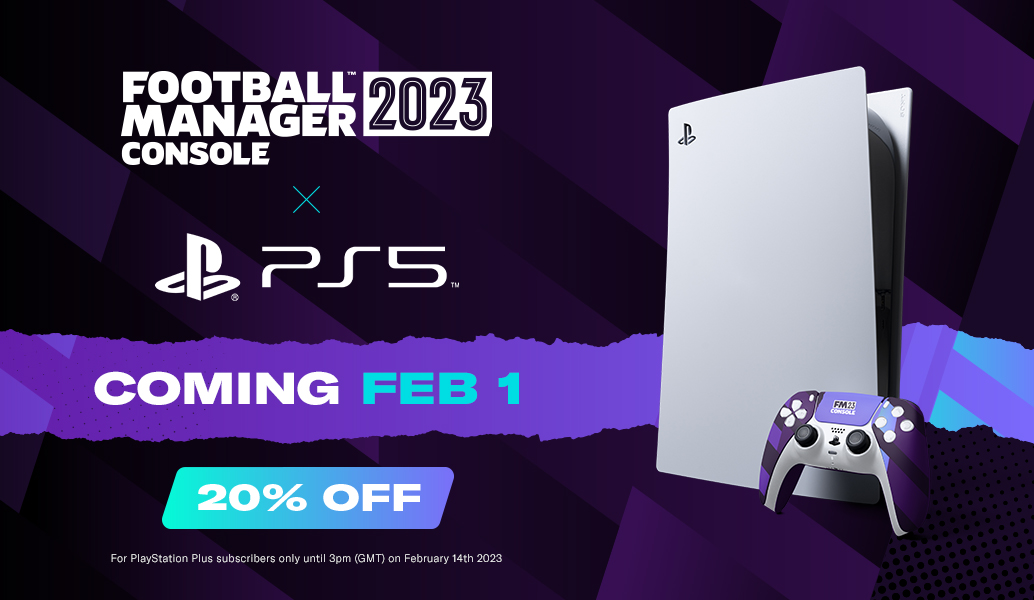 FM23 Console to debut on PS5 on February 1st

We are delighted to confirm that Football Manager 2023 Console will launch on PlayStation 5 on February 1st. Both SEGA and Sports Interactive have worked closely with Sony to overcome unforeseen complications which arose during the submissions and approvals process, and we’re relieved to bring an end to the frustration and uncertainty surrounding the release.

FM23 Console will launch with a 20% discount for all PlayStation Plus subscribers which will be redeemable until Tuesday, February 14th at 15:00 GMT. The discount total is consistent with the pre-order incentive that ran prior to our announcement that release was to be delayed. 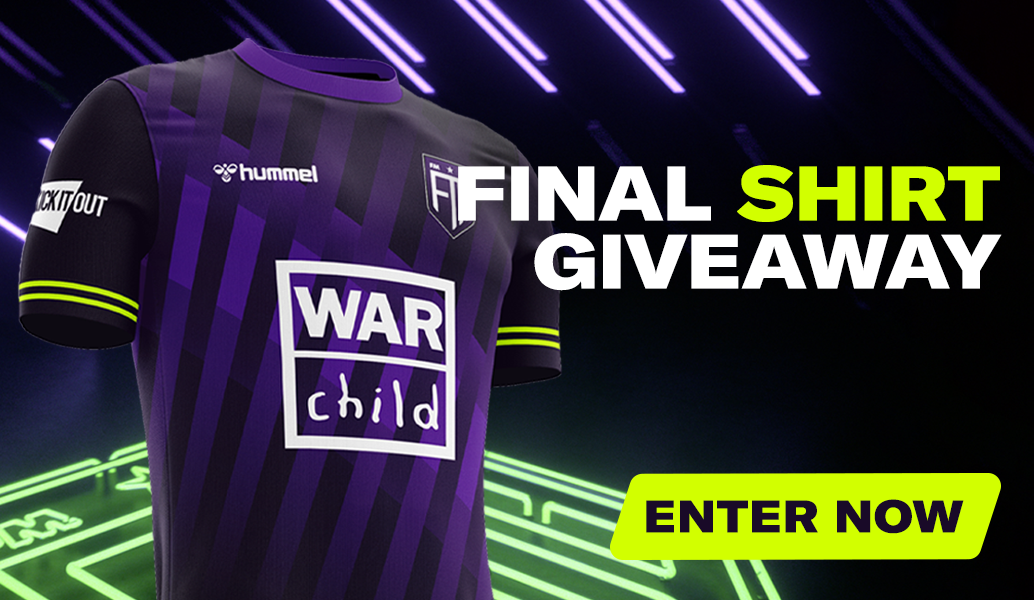 Over the last nine months, 38 lucky FMFC members from 17 countries have won one of our FMFC home jerseys in our weekly draws. To end the season on a high, we’re giving away 30 more shirts in a bumper giveaway. 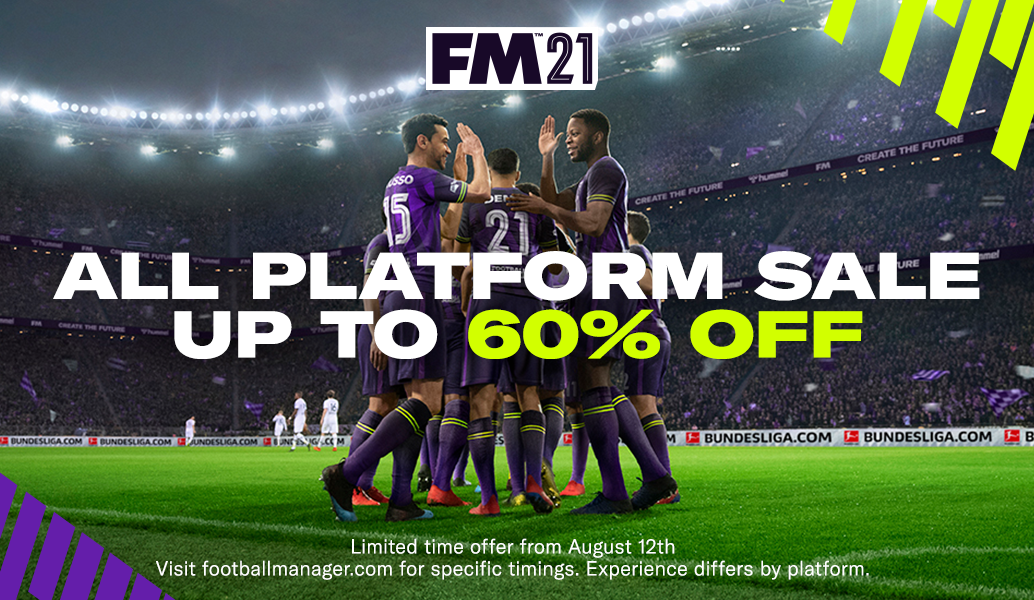 Complete your pre-season preparations and join the summer transfer party by downloading FM21, now at up to 60% off on all platforms.

The sale period runs until 6pm GMT on Wednesday 18th August, but timings vary by platform (see table below for full information). 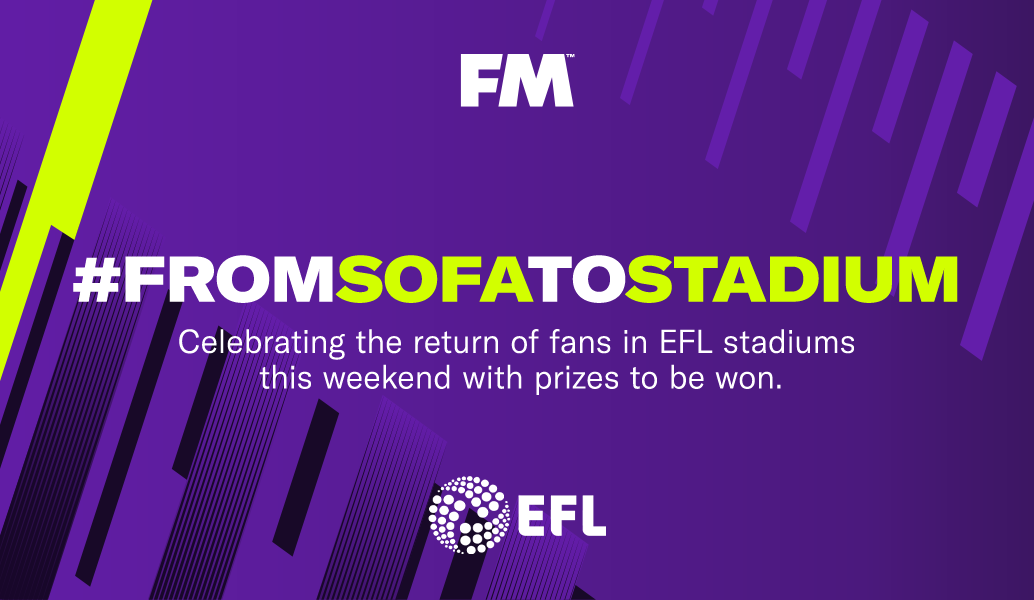 Sofa to Stadium – Celebrate the return of EFL football

Football fans have spent the last 18 months writing their own football stories on Football Manager. Now it’s time to pause your virtual career and get back out there, out into the real world, to play your part in new football stories.

This weekend, experience the thrill of live football again.

Sofa to Stadium – Celebrate the return of EFL football 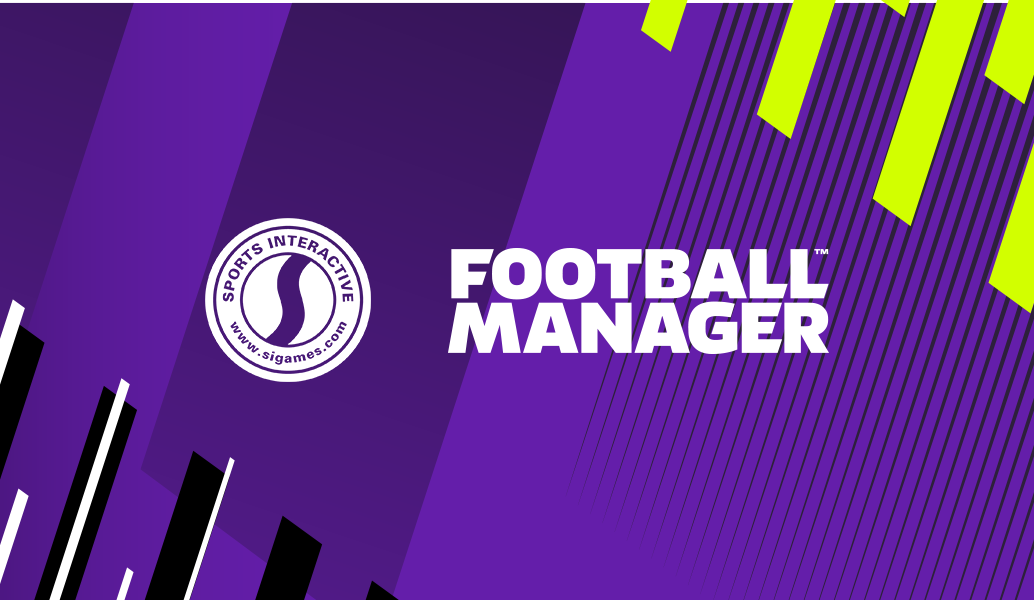 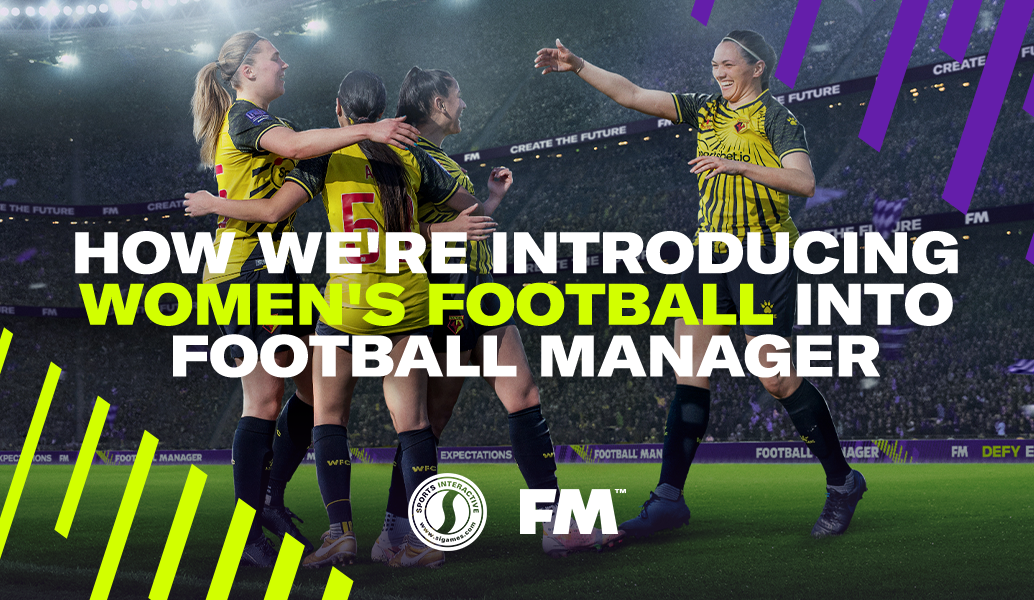 Whenever I mention women’s football on social media, people inevitably respond by asking when we’re going to release a women’s football version of Football Manager. Up until now, I’ve always replied with vague answers such as “When we do it, we’ll do it properly”.

What I haven’t said, because we tend to keep our plans under wraps, is that we’ve been working on women’s football in the background for some time now. A few people inside football are aware of this, as we’ve been talking to them about it behind the scenes, but now I believe that the time is right to go public with our plans. 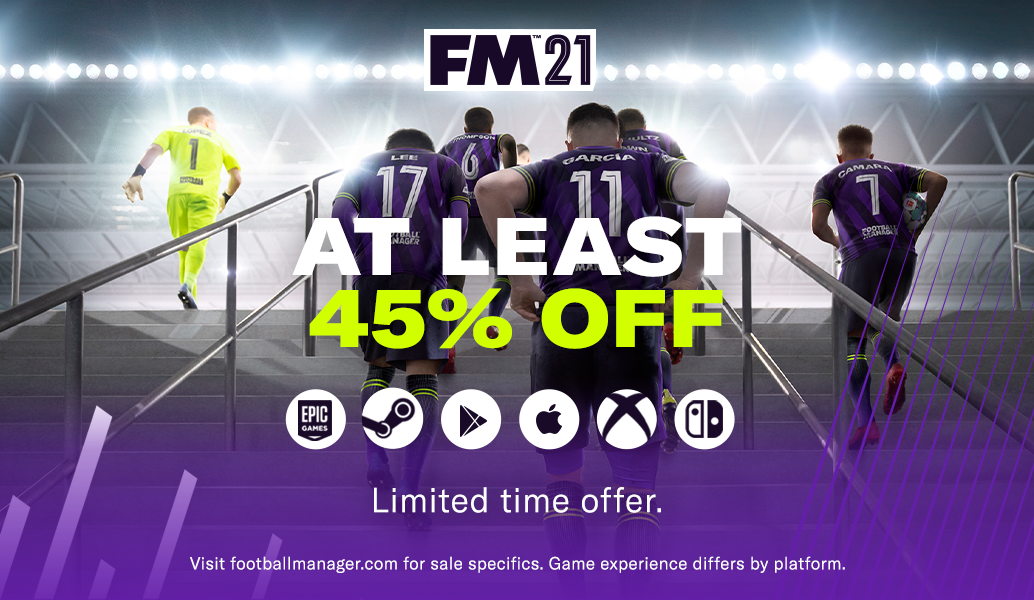 At least 45% off FM21 across all platforms

Secure the perfect companion for this summer of football with all versions of Football Manager 2021 now at least 45% off across a wide range of digital retailers.

The sale period runs until 6pm on July 12th but timings vary by platform and region (see table below for full details).

At least 45% off FM21 across all platforms 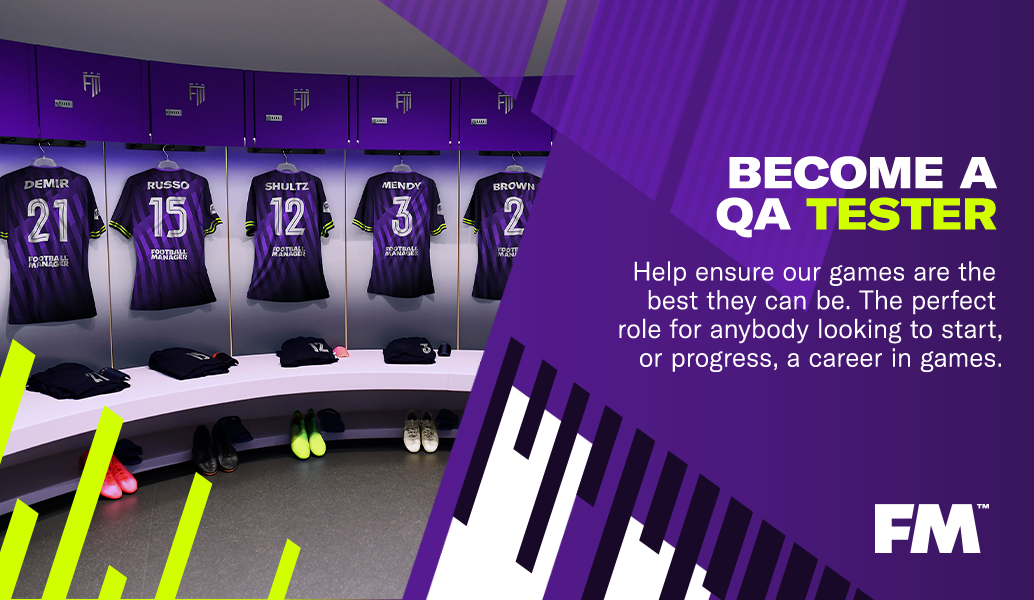 We are looking for a small group of dedicated individuals to join Sports Interactive’s Quality Assurance (QA) team, helping to ensure that our games are the best they can be. 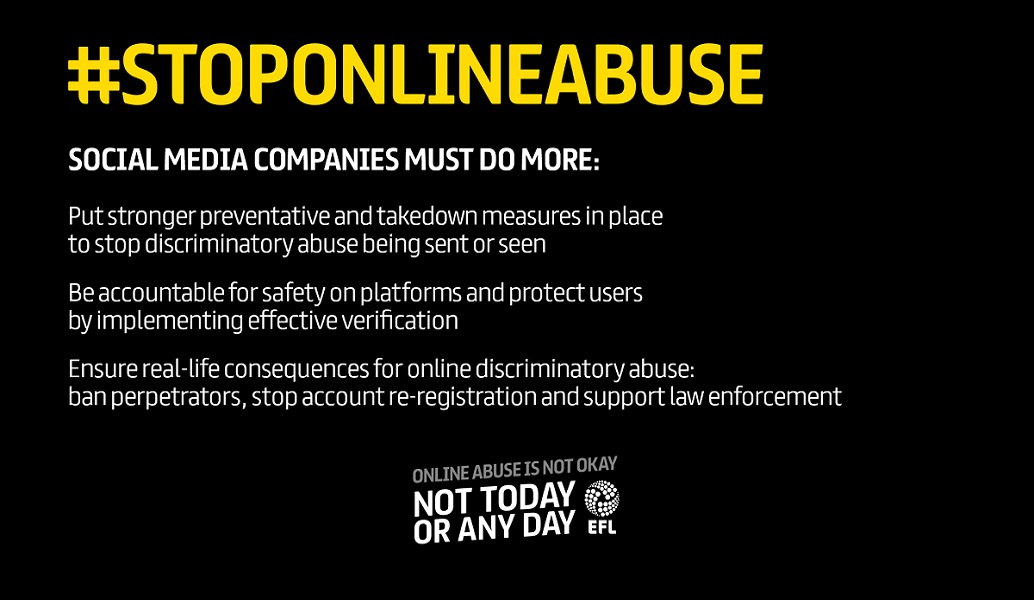 Social media companies must do more to stop online abuse. That is why this weekend we are coming together with English football and other sports and organisations, to boycott social media and demand change.

Sports Interactive will join the EFL, English football and wider sport in switching off our Facebook, Twitter and Instagram accounts, from 3pm Friday 30 April to 11.59pm on Monday 3 May. 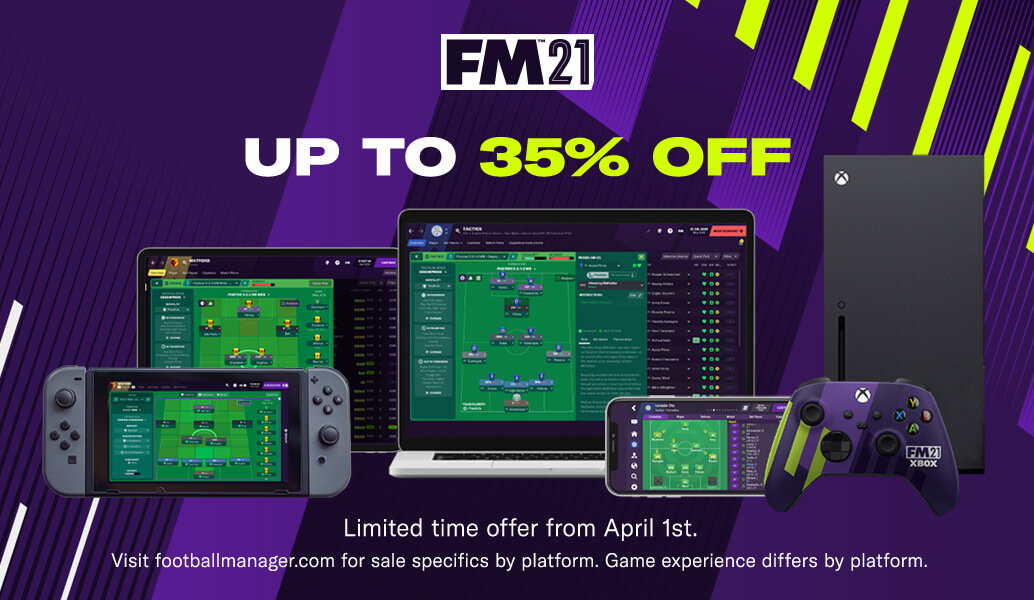 Now’s your chance to enjoy a strong finish to the season, as all versions of Football Manager 2021 are available now at up to 35% off across a wide range of digital retailers.

The sale runs from now until 11am BST on April 16th, although the timings and discounts vary from game to game (see the table below for full details). 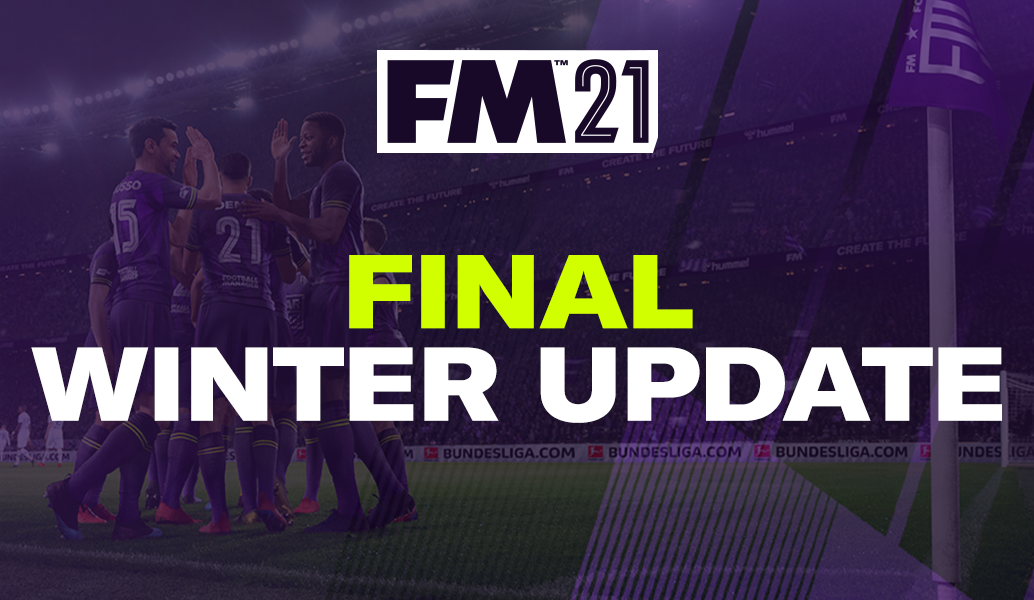 The Final Winter Update for Football Manager 2021 is now complete, with this second part covering transfers from windows that closed during February, database updates and a few outstanding gameplay fixes. 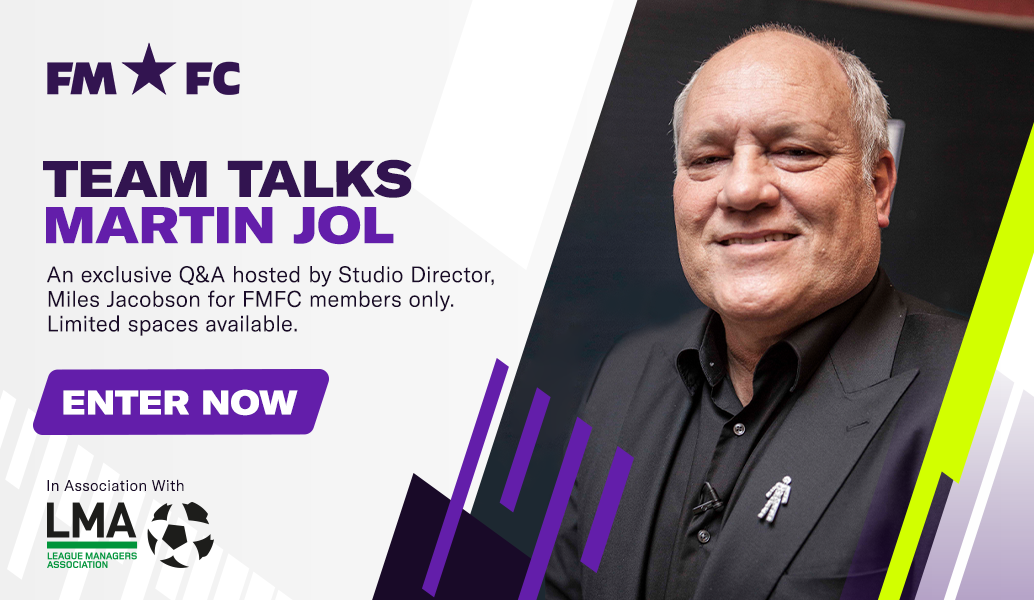 We’ve got another exclusive FMFC competition…

On March 25th, Studio Director Miles Jacobson will be hosting the first of our FMFC Team Talks with former Tottenham Hotspur and Ajax manager Martin Jol, and we’re inviting 200 FMFC members to participate. 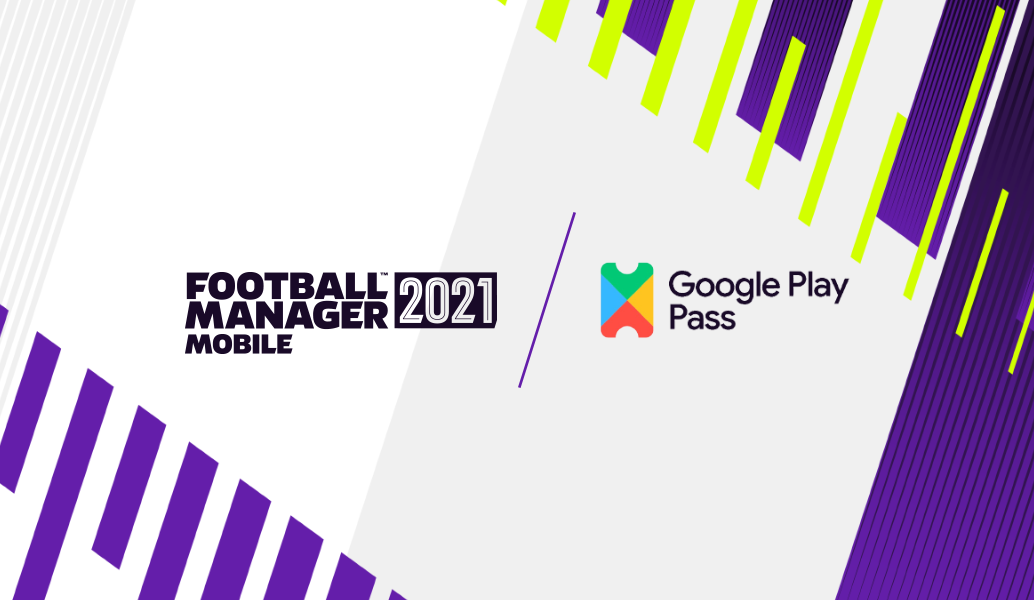 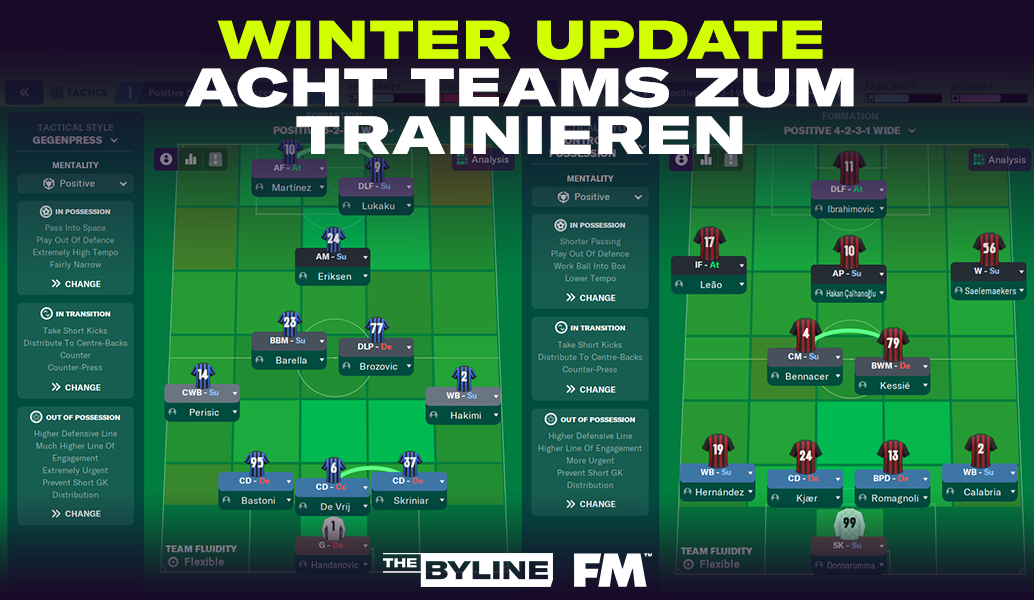 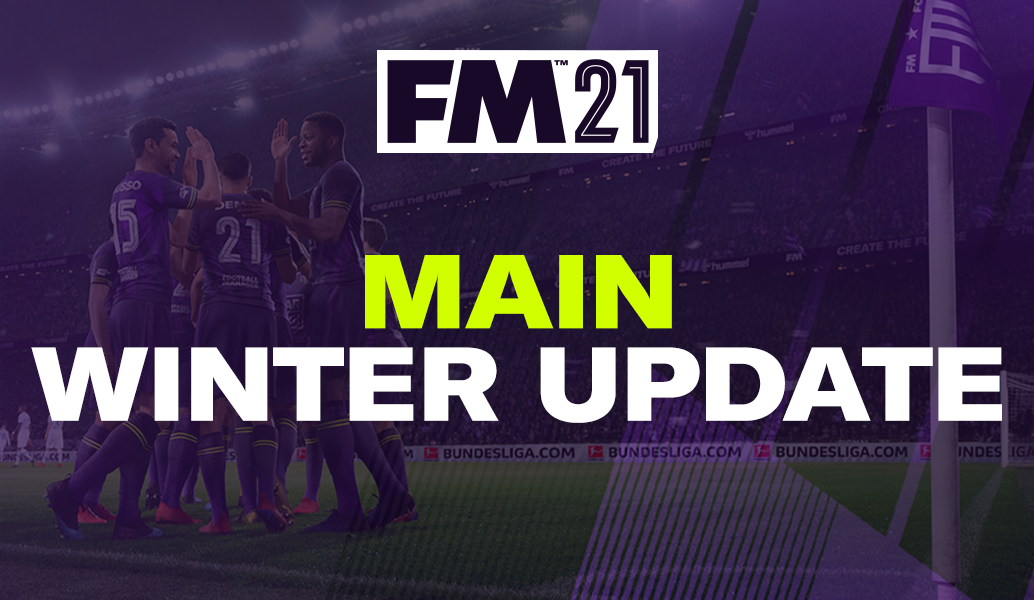 The Main Winter Update for FM21 (PC/Mac) is available now, with this part including updated squads following the January transfer window. 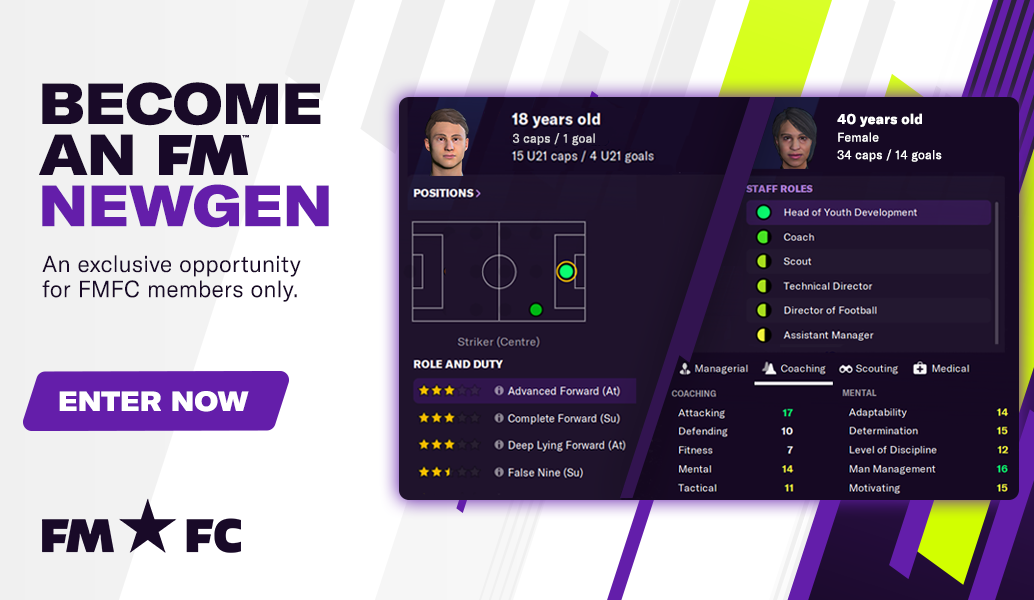 Become a Newgen with FMFC

One lucky FMFC member will win a spot as a ‘newgen’ in Football Manager, entering the database in our final data update for FM21.

Become a Newgen with FMFC