It's at this time of year that the world of football takes the time to look back and honour those players who've caught the eye over the previous season by handing out Player of the Year awards and creating 'Teams of The Season'.

But what about those players who don't catch the eye of the awards panels, but bring success to their clubs by quietly and effectively going about their business? We turn the spotlight on those team players whose contributions may have gone unnoticed with this, the Bundesliga Unsung Hero XI for the 2021/22 season. 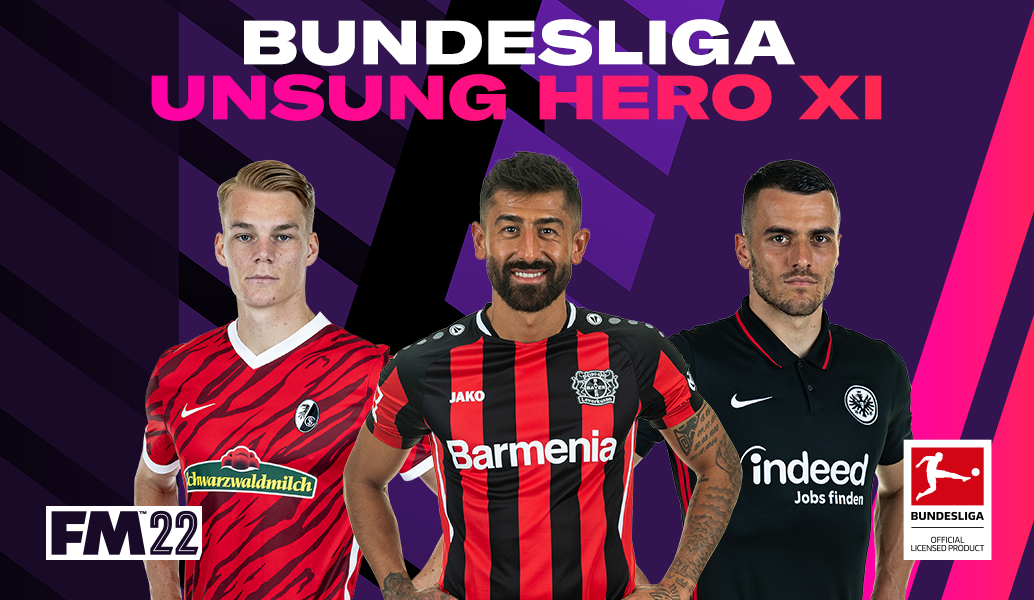 While Yann Sommer may have made the most saves in the division, it’s the man in third place behind him, Leverkusen’s shot-stopper Hradecky, that makes our team.

The Finn has recorded an impressive 119 saves in 32 league appearances, the most of any keeper playing for a top six side, as well as eight clean sheets.

Blessed with great reflexes, Hradecky has a powerful throw and at six-foot-three has the perfect frame to excel in one-on-one situations.

OK, so Raum’s creative exploits this season haven’t exactly gone unnoticed but the ease with which he’s taken to his debut campaign in the German top-flight has.

The summer signing from Greuther Fürth has recorded an impressive 11 assists and tops the league’s chart for sprints, evidence of the sheer volume of work he gets through in every game.

We think this season has offered just a glimpse into the very bright future that lies ahead for Raum, who is now a fully-fledged German international.

Frankfurt’s run to a first European final in 42 years has been one of the stories of the season across the continent.

Core to their success is a man that’s been incredibly popular with Football Manager players over the last couple of years, Evan N’Dicka.

Among the best ball-playing defenders in the Bundesliga, the left-footed N’Dicka has been tremendous in the air, snuffing out opposition crosses and regularly providing a potent set-piece threat.

While Nico Schlotterbeck rightfully gets a lot of credit for Freiburg boasting the Bundesliga’ third-best defence this season, he’s been more than ably assisted by Austrian colleague Lienhart.

Lienhart has been with the Baden-Württemberg club for five years but has really matured this season, scoring five goals and recording the fourth-most clearances per game.

Much like the man on the opposite defensive flank of this team, Silvan Widmer is an absolute running machine who ranks highly in the Bundesliga’s crossing and sprinting charts.

Although they’ve faltered slightly in recent months, Mainz have been much-improved overall during this campaign and Widmer, who they signed last summer from his native Switzerland, has been a crucial part of that.

The 29-year-old, who possesses both a bullet long throw and a deep gas tank, has provided nine direct goal contributions this season for Die Nullfünfer. 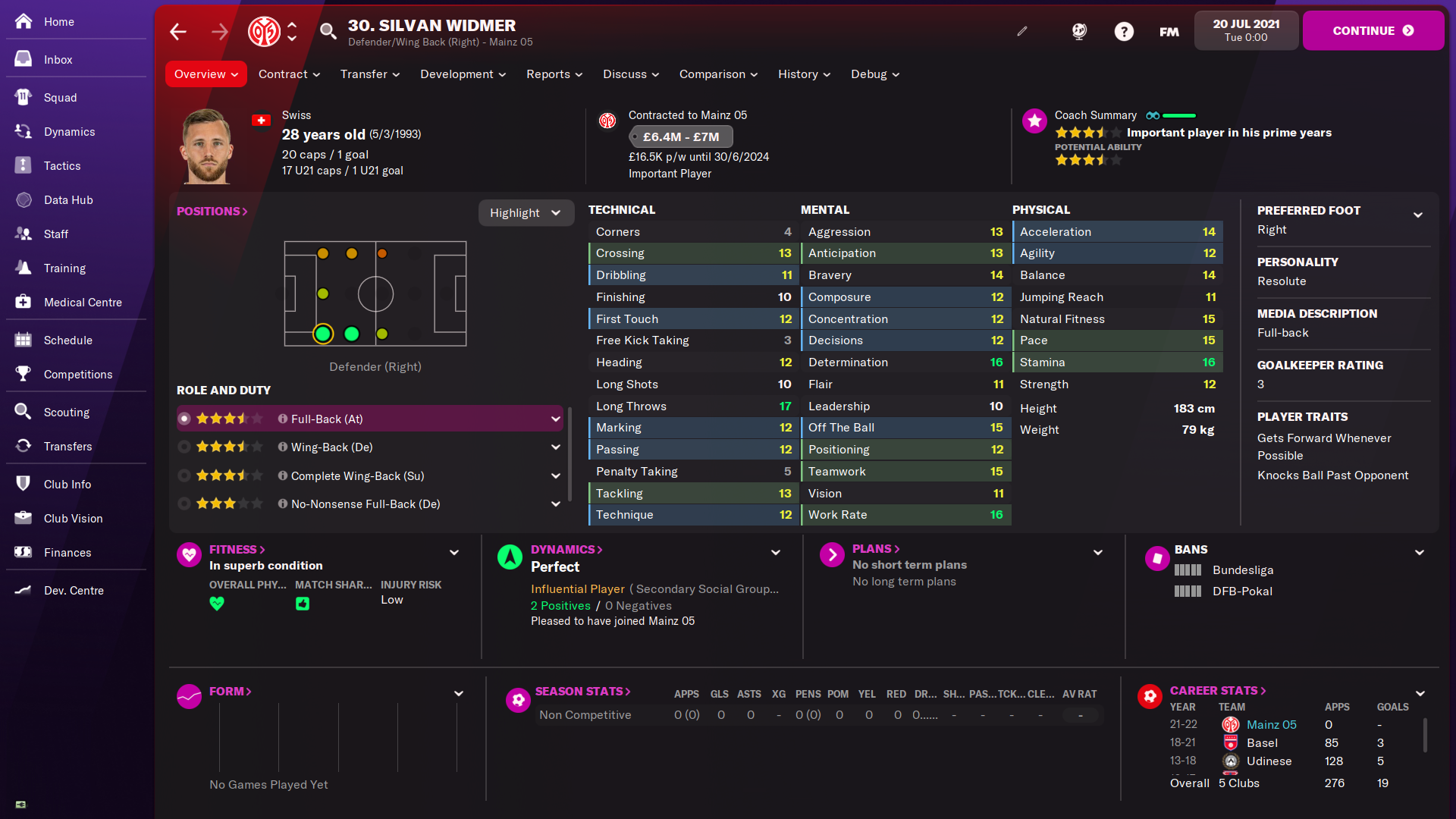 Another star of Frankfurt’s season has been Filip Kostić, a man who often seems to feature on lists of the Bundesliga’s most underrated players.

Capable of operating anywhere from left wing-back to attacking left-wing, the Serb has contributed effectively everywhere, registering seven goals and 12 assists across 42 appearances in all competitions.

No one has attempted more crosses in the Bundesliga this season than Kostić, who regularly gets into good positions thanks to his excellent footwork, balance and dribbling skills.

While he may not have racked up the goals of Patrik Schick or the assists of Moussa Diaby, it’s hard to quantify just how important Demirbay has been to Leverkusen’s success this season.

The 28-year-old has played a bit deeper this season, setting plays, regaining possession for his teammates and doing the dirty work where necessary to slow down opposition counters.

As well as being gifted with a tremendous passing range and vision, Demirbay is also an expert from dead-ball situations.

After a slow start that saw them win just one of their opening seven games, VfL Bochum ended up avoiding relegation pretty comfortably on their return to the Bundesliga.

Key to that has been the organisation and calmness instilled into the team every week by their ‘captain fantastic’, Anthony Losilla.

The 36-year-old Frenchman has put in an enormous shift week after week, sitting second in the league charts for distance covered, first for aerial duels won, as well as sixth for interceptions made. Players like Losilla, committed to the cause in every possible way, are every manager’s dream. 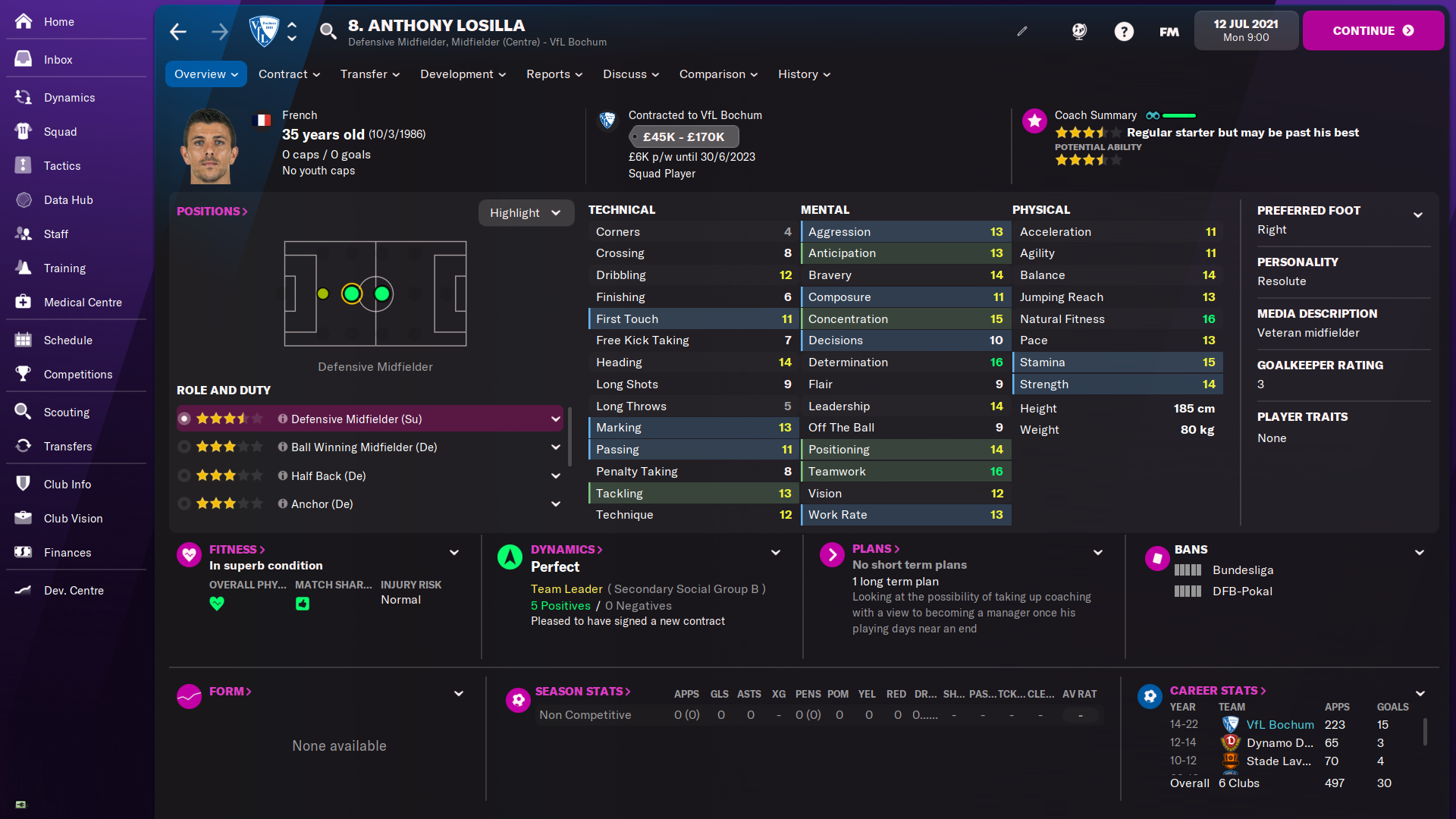 This season has been one where Suriname international Becker, officially the Bundesliga’s second-fastest player, has shown a considerable improvement to his game.

Becker seems to have completely acclimated himself to the pace of the Bundesliga in his third full season with the capital club, breaking his previous bests for appearances, goals and assists.

Directly involved in 10 of his team’s 50 league goals, the 27-year-old has taken the second-most shots of anyone in the squad and been a constant threat in their quest to secure European football.

Despite Fürth’s relegation, there were few players that better suited this Unsung Hero XI than their captain Hrgota.

The Swedish striker has been one of the few bright lights in Fürth’s rather lonely campaign at the bottom of the table, recording five assists and netting the season’s fastest goal among a total tally of nine.

Those numbers mean that he’s been directly involved in half of the team’s 28 Bundesliga goals this season and a look into the underlying statistics make his contributions even more impressive.

No one in the Fürth squad has taken more shots or created more chances than Hrgota. A DfB Pokal winner with Eintracht Frankfurt in 2018, the 29-year-old has drawn the fourth-most fouls and committed the second-most, demonstrating his willingness to put his body about in the name of the cause.

No one was expecting a lot out of FC. Köln this season after they finished 16th last year but under Steffen Baumgart they’ve been a different animal this year and their reward is a seventh-place finish.

Obviously the goals of Anthony Modeste have been a key part of that but a vastly underrated player in their success has been his strike partner, Mark Uth.

Uth’s total of five goals and eight assists make this most productive season in a long time but beyond that there’s a stat that’s really telling. Uth has registered a further 51 shot assists, meaning that he’s directly created more chances than anyone else in the Effzeh squad. 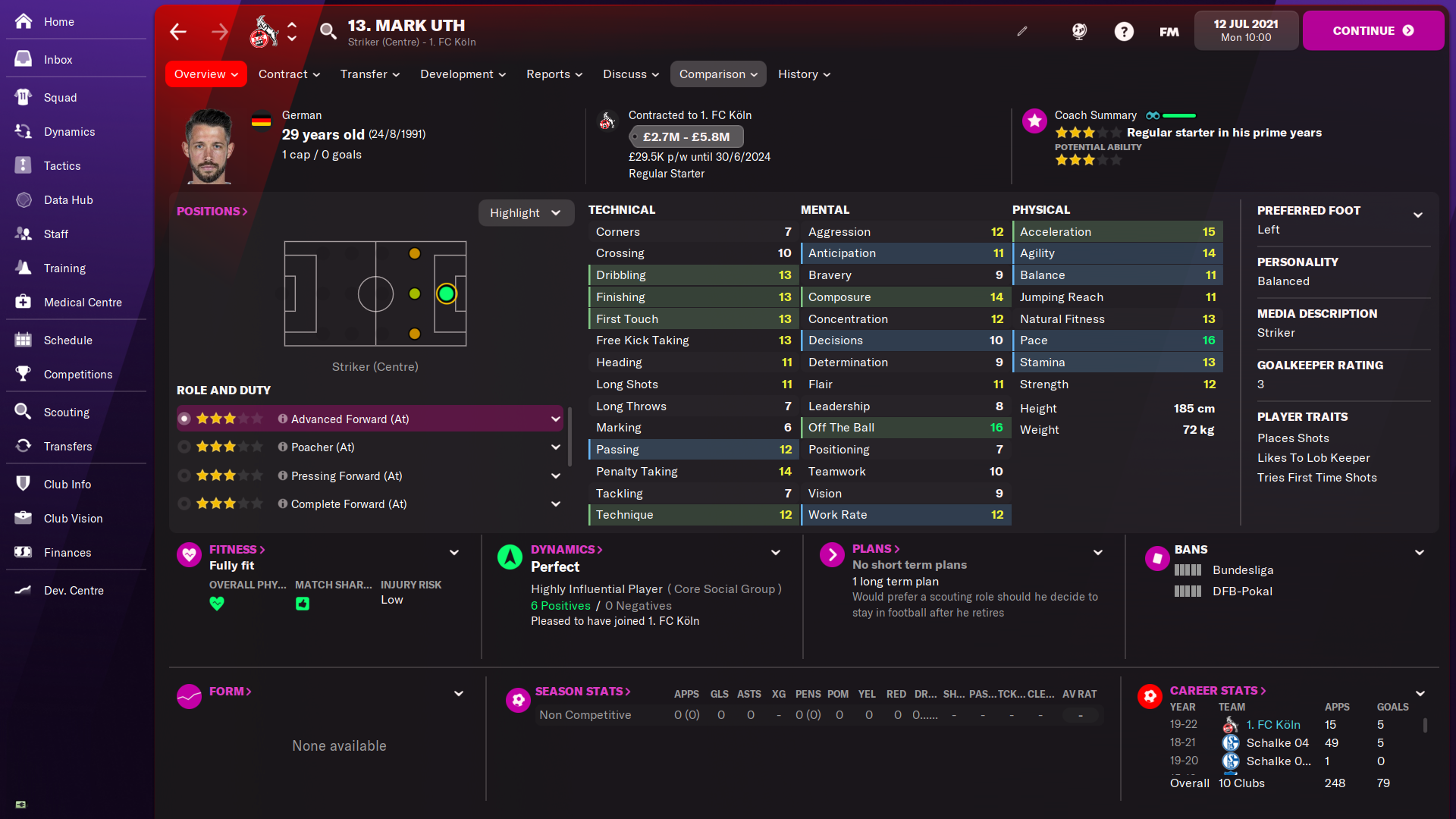 No team is complete with a good quality subs bench capable of changing the game and here is ours: